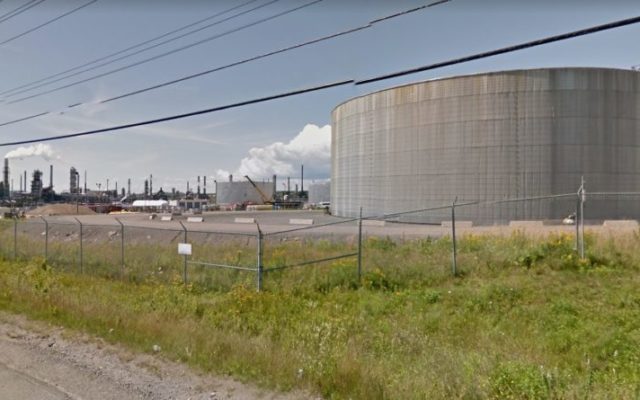 Christopher Burns, BDN Staff • October 8, 2018
Irving Oil has confirmed that a “major incident” occurred at its refinery in Saint John, New Brunswick, where local residents reported an explosion at the facility, according to the company and media reports.

An explosion shook the city of Saint John, New Brunswick, after a “major incident” at an Irving Oil refinery, but caused no fatalities.

Irving said early Monday afternoon that all employees and contractors at the refinery were accounted for. Five people with injuries from the explosion were treated at Saint John Regional Hospital, and all have been released, Horizon Health Network said in a statement.

Irving said Monday morning that a “ major incident” had occurred at its Saint John refinery.

To read the rest of “Explosion reported at Irving Oil refinery in New Brunswick,” an article by contributing Bangor Daily News staff writer Chris Burns, please follow this link to the BDN online.

A cold front will approach tomorrow with a chance for snow showers through the day into the evening. The front is expected to move through tomorrow night with another Arctic air mass.
Crown Politics END_OF_DOCUMENT_TOKEN_TO_BE_REPLACED

Three candidates are vying for two seats on the Fort Kent Town Council. Voters will decide which of the three -- Corey Pelletier, Brandon Dayton or Andrew Caron -- will get a seat during the town’s annual election on Monday, March 22.
Our Sponsors END_OF_DOCUMENT_TOKEN_TO_BE_REPLACED