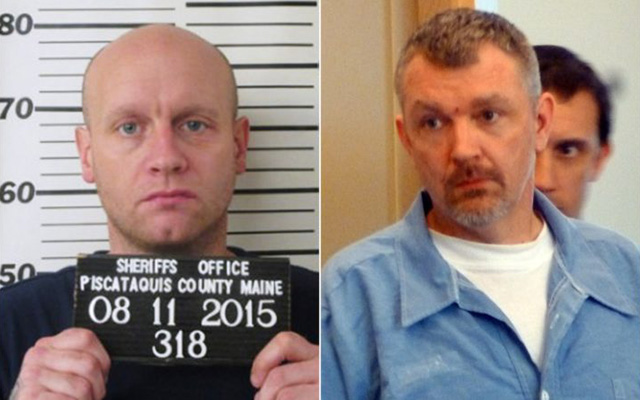 Judy Harrison, BDN Staff • September 13, 2018
The man who killed his ex-girlfriend then led authorities on Maine’s longest manhunt and a murderer who left two dead and others wounded after a two-county rampage have asked the state’s high court to reconsider their cases.

The man who killed his ex-girlfriend then led authorities on Maine’s longest manhunt and a murderer who left two dead and others wounded after a two-county rampage have asked the state’s high court to reconsider their cases.

Robert Burton, 41, of Abbot is serving a 55-year sentence at the Maine State Prison in Warren for killing Stephanie Ginn Gebo, 37, of Parkman after breaking into her home more than three years ago. A jury convicted him of murder in October 2017.

Anthony Lord, 38, of Crystal is challenging the way his two life sentences were imposed after he pleaded guilty to murdering Kyle Hewitt, 22, of Benedicta and Kevin Tozier, 58, of Lee; shooting and wounding Kim Irish, 57, Clayton McCarthy, 57, and Carlton Eddy, 52, all of Benedicta; and assaulting Kary Mayo, 40, of Silver Ridge with a hammer during a rampage in July 2015. Lord also is incarcerated at the Maine State Prison in Warren.

To read the rest of “2 murderers appeal their cases before Maine’s high court,” an article by contributing Bangor Daily News staff writer Judy Harrison, please follow this link to the BDN online.

Only one member of Maine’s congressional delegation had come out in favor of impeaching President Donald Trump ahead of House Speaker Nancy Pelosi’s Tuesday announcement that the Democratic-led House of Representatives would begin an impeachment inquiry.
Apex Weather END_OF_DOCUMENT_TOKEN_TO_BE_REPLACED

Dale Crafts filed his nomination papers for Feb. 21 with the Secretary of State to officially be placed on the primary ballot on June 9, 2020, for the U.S. House of Representatives 2nd District race.
Our Sponsors END_OF_DOCUMENT_TOKEN_TO_BE_REPLACED