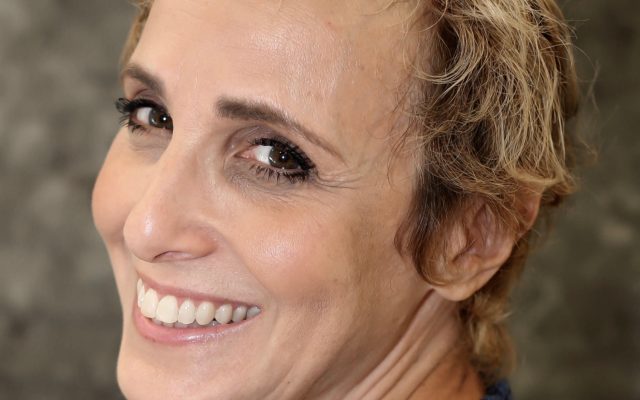 MILBRIDGE, Maine — Today, Dr. Cathleen London announced her candidacy for US Senate, challenging 22-year Republican Incumbent Senator Susan Collins. Dr. London has practiced medicine for over 20 years; she put her life savings into investing in and building a practice in Milbridge, Maine where she treats over 1,000 patients in one of the most rural underserved parts of the state.

Dr. London finds solutions to problems facing her patients.  When the Epi-Pen soared to over $600, she created her own version for her Maine patients that cost $50 with $2.50 refills.  This innovative approach was written about in the New York Times.

Dr. London said about her decision to enter the race, “I am running, and starting early, because health care and the Supreme Court cannot wait until another full election cycle. Senator Susan Collins’ immediate reaction to Justice Kennedy’s retirement was to state that Roe would be no be a litmus test for the nominee.  This is a huge problem for me and women around the country. She needs to realize that Maine and the country are watching her upcoming votes and she will be held accountable for those votes.”

“Senator Collins has forgotten who she represents. Rather than putting her constituents first, it has become apparent that when it comes to the tough decisions, it is President Trump and the GOP first and Mainers last. Our healthcare is in shambles, thanks in no large part to her failure to stand up to Senate Majority Leader McConnell, when he steamrolled her on a promise of fixing the Affordable Care Act for a vote on the Republican Tax Bill. For years we have watched as she has said one thing, and then voted the opposite way. This upcoming vote on the Supreme Court will be the ultimate test for Senator Collins, and, given her history, it is a test we cannot count on her to pass. I am tired of Senator Collins being described as a “moderate” when she has voted with President Trump nearly 90% of the time. In fact, she just had her biggest Republican year in 2017.”

“As a Doctor I have seen first had what happens when legislators place themselves in the exam room, inserting themselves into the privacy of the doctor patient relationship. We cannot afford to have a Senator in Washington who does not take the attacks on women’s health seriously. I am on the frontlines of the opioid epidemic that is ravaging our state. I will stand up for the poor and working class by not voting for huge Republican tax breaks, as Senator Collins did. I will stand up for our country when it is under attack from foreign powers intent on meddling in our elections. It is time for Maine for have a Senator who puts her constituents first and isn’t afraid to stand up to her party and the President.”

She currently owns and operates a medical practice in Milbridge, Maine where she treats over 1,000 patients.

She has appeared on Fox News, MSNBC, HLN, NBC, local Fox, ABC as a medical contributor on numerous occasions and is currently the Women’s Delegate from Maine to the American Academy of Family Physicians. She is also on the Legislative Commission and Public Health Commission of the Maine Medical Association and serves on the Maine Democratic State Committee.

Dr. London has two sons and four rescue dogs. She runs, bikes and swims in her free time.

Heavy snow is expected to overspread the Valley this afternoon and continue into the evening hours.
Crown Politics END_OF_DOCUMENT_TOKEN_TO_BE_REPLACED

Maine’s longest serving legislator, Martin was first elected to the Maine House of Representatives in 1964 when he was 23.
Our Sponsors END_OF_DOCUMENT_TOKEN_TO_BE_REPLACED