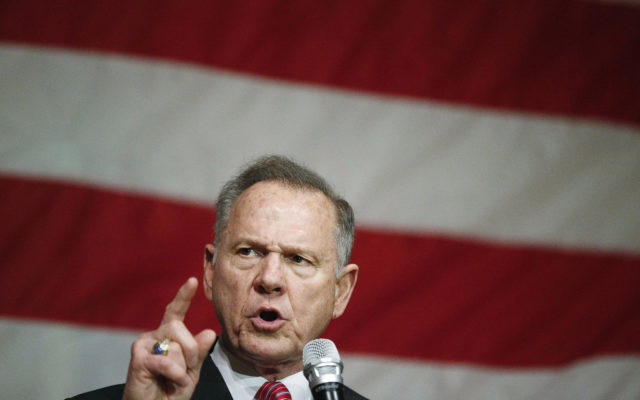 In 2011, Alabama U.S. Senate candidate Roy Moore told hard-line conservatives on the “Aroostook Watchmen” radio show that getting rid of all constitutional amendments after the 10th would “eliminate many problems,” the television news network CNN reported Monday.

CNN dug up a clip of the Alabama Republican from 2011 saying on the Monticello, Maine, based AM radio show that “some of these amendments have completely tried to wreck the form of government that our forefathers intended.” The 13th, 14th and 15th amendments prohibited slavery, declared that everyone born in the U.S. is a citizen, and prohibit denying the right to vote based on race. The 19th Amendment granted women the right to vote.

Despite accusations of sexual misconduct with teenagers, which he has denied, and his controversial views on numerous topics — including homosexuality, Islam and evolution — Moore is still favored to win a special election Tuesday, Dec. 12, in deep-red Alabama over Democrat Doug Jones.

The Alabama senator made his comments about constitutional amendments in a June 2011 appearance on the “Aroostook Watchmen” show, which is hosted by Maine residents and conspiracy theorists Jack McCarthy and Steve Martin, according to CNN.

“The hosts have argued that the U.S. government is illegitimate and have said that the September 11, 2001, attacks, the mass shooting at Sandy Hook, the Boston bombing, and other mass shootings and terrorist attacks are false flag attacks committed by the government,” CNN reported. The news agency explained false flag attacks as referring “to acts that are designed by perpetrators to be made to look like they were carried out by other individuals or groups.”

CNN indicated that while on the show that June, Moore and his hosts discussed eliminating all of the Constitutional amendments after the 10th.

“You know people don’t understand how some of these amendments have completely tried to wreck the form of government that our forefathers intended,” Moore is quoted as having said.

“Once again, the media is taking a discussion about the overall framework for the separation of powers as laid out in the constitution to twist Roy Moore’s position on specific issues,” Doster said in an emailed statement. “Roy Moore does not now nor has he ever favored limiting an individual’s right to vote, and as a judge, he was noted for his fairness and for being a champion of civil rights.”

As the Maine Turnpike expects 1 million travelers alone over the Labor Day weekend, policymakers are gearing up for a sprint to solve one of the state’s most intractable problems: a long-standing — and growing — transportation funding gap.
Apex Weather END_OF_DOCUMENT_TOKEN_TO_BE_REPLACED

The Valley will receive an inch or less of accumulation from Thursday's system based on current forecast model data.
Our Sponsors END_OF_DOCUMENT_TOKEN_TO_BE_REPLACED