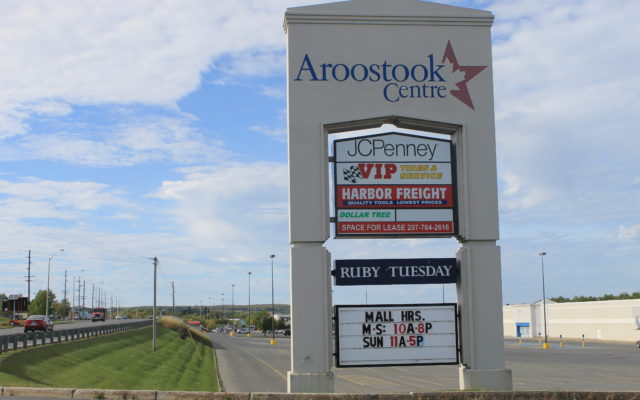 With no other bidders, bank takes over Aroostook Centre Mall

Anthony Brino • October 31, 2017
No interested buyers emerged for the Aroostook Centre Mall at a Halloween auction Tuesday and the property’s mortgage holder bought it for less than one-third of its assessed value.

PRESQUE ISLE, Maine — No interested buyers emerged for the Aroostook Centre Mall at a Halloween auction Tuesday and the property’s mortgage holder bought it for less than one-third of its assessed value.

Mortgage lender Wells Fargo held a public sale of the Aroostook Centre Mall Tuesday at noon, after the mall’s former owner, Sitt Asset Management, failed to meet payments on a 10-year, $10.3 million loan. Without any other interested buyers, Wells Fargo ended up purchasing the mall for $4 million, the start of the bidding price.

“The bank has taken back the property through the process of the auction,” said Mark Beaudoin, Manchester, New Hampshire-based attorney with Nixon Peabody, who represented Wells Fargo at the auction.

A crowd of local business and government leaders gathered to watch the proceedings, although City Manager Martin Puckett declined to comment on the outcome.

The mall is Presque Isle’s second largest taxpayer, contributing $350,208 this year, but has struggled since its inception in 1993 to fill its 500,000 square feet of commercial retail space.

The news of the auction sparked local brainstorming about how the mall’s vacant space could be repurposed for non-traditional uses — with ideas ranging from senior’s housing to educational classrooms — but what happens going forward is still wide open.

“It’s the bank’s decision to determine what they do,” said Beaudoin. “They will either hold onto it or bring it back to the market in the future.”

This is the second time the mall was on the auction block. In 2001, Sitt Asset Management purchased the property at auction for $10 million.

Patty Crooks, who has managed the mall since 1995, said she is optimistic about the property’s future prospects.

“The outcome was really no surprise,” she said of Wells Fargo buying the property. “Overall, things will get better. Sometimes you have to assess what the real value of the shopping center is.”

Crooks said she will be remaining in her position and working with a management firm hired by Wells Fargo, although she said she could not divulge the name of the firm.

“The new management company that works for the lender is known to turn things around,” Crooks said.

The mall currently counts 22 tenants who together employ around 300 people, including JCPenney and a free-standing Lowes. Crooks has long worked on recruiting retailers as well as nontraditional tenants, such as the United Way of Aroostook, the Freedom Church and All Star Gymnastics.

Going forward, Crooks said the mall’s ample space could be put to a host of different uses depending on the needs of the local community.

“We obviously cannot support half-a-million square feet of retail space, but probably a couple hundred thousand,” she said. “I do think it will be repurposed. It will have some retail, some education, some health care, possibly some office tenants.”

John Martin, a retiree from Caribou who comes to the mall with his wife every week to go for a walk and look for deals, said he’s always hoped to see the mall land new stores.

“I wish TJMaxx and Marshalls were here,” he said, adding that he and his wife shop at those stores in Bangor.

Martin said he has watched the loss of stores at the mall over the years and is a bit skeptical about the feasibility of such creative re-uses as senior housing and health clinics. Both Caribou and Presque Isle already have multiple health care complexes, he noted.

Whatever the future of the mall, Martin said he hopes it stays open with some retail stores.

“I’d hate to see this turn into a potato house.”

An upper-level low that has been bringing clouds and showers to the region will move east into the Maritimes today and tonight. High pressure will build in tonight into Thursday morning followed by a warm front Thursday night.
Our Sponsors END_OF_DOCUMENT_TOKEN_TO_BE_REPLACED