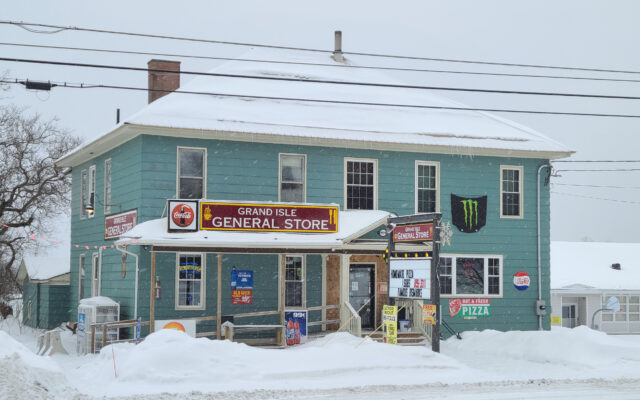 The top business stories of 2022 in the St. John Valley

Jessica Potila, SJVT / FhF Staff Writer • December 22, 2022
The following is the first of two articles highlighting some of the top business stories from 2021. This article highlights events from January through June.

Editor’s Note: The following is the first of two articles highlighting some of the top business stories from 2021. This article highlights events from January through June. The second installment will appear in the Jan. 3 issue of the St. John Valley Times.

Several businesses closed their doors for good while towns sought to revitalize their downtown areas and new hires replaced longtime administrators who retired or resigned across the St. John Valley during the first half of the year. 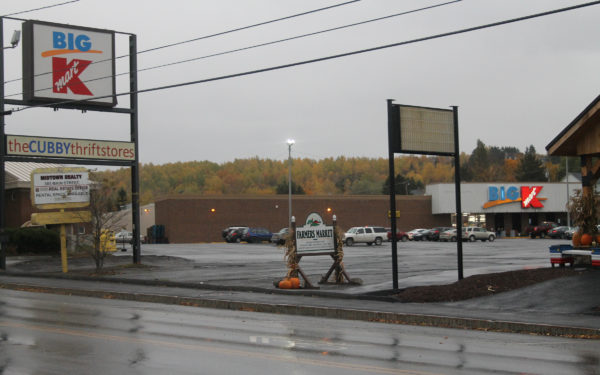 Madawaska Town Manager Gary Picard announced on Dec. 31 that Connecticut based Mid-Town Realty Associates has donated the Mid-Town Shopping Plaza to the town of Madawaska. The town acquired the property, which does not include the Kmart building on Dec. 27 through an IRS Qualified Charitable Contribution. (Morgan Mitchell)

Fort Kent Town Manager Suzie Paradis earned certification as a tax collector and treasurer from Maine Municipal Tax Collectors and Treasurers Association. Paradis was recognized for receiving the certification in the MMTCTA newsletter Dollar$ and Sense, and her certificate was awarded at the 2022 MMTCTA Annual Conference

The Revitalize Main Street Committee met in Van Buren to discuss ways to enhance the town. Plans were made to swap out lights decorating lamp posts, wreaths and angels with LED lighting as well as to replace and repair banners hanging in the town.

Northern Maine Medical Center announced the hiring of Jeff Zewe as its new president and chief executive officer. Zewe had more than 30 years of experience in health care, most recently president and CEO of Upper Allegheny Health System in western New York State along the Pennsylvania border. He would go on to replace NMMC President and CEO Peter Sirois.

Locally owned businesses sought new ways to cut back spending and save money after facing electric bills that nearly doubled since 2021. Most Maine residents saw a 30 percent increase in their electric bills as the result of rapidly escalating prices for the natural gas that powers New England’s energy grid. That hike reflected an almost 95 percent increase in natural gas prices from October 2020 through October 2021.

The owners of Grand Isle General Store announced the business would shut its doors. Closure of the convenience store left three marijuana dispensaries as the only remaining storefronts in town. 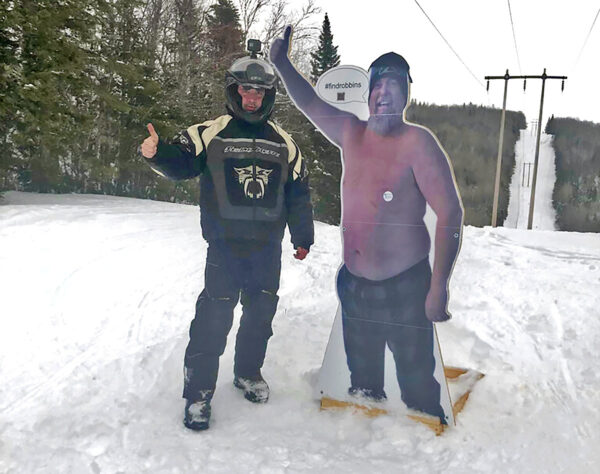 Tom Cummings (left) poses with a giant cutout of Eric Robbins on ITS 85 on the power line outside of Frenchville.
(Photo courtesy of Tom Cummings)

The Fort Kent SnoRiders snowmobile club began raising funds for trail maintenance by posting a giant cardboard cutout of trail groomer Eric Robbins, shirtless and giving an enthusiastic thumbs up, along the trails. The SnoRiders moved the Eric Robbins cutout by transporting it on the back of the groomer drag to different locations along the trail system weekly. Riders who found the Robbins cutout were encouraged to be photographed with it.

The town of Fort Kent announced it would bring movies and live music to Riverside Park during the summer months. The entertainment was free for anybody who wanted to attend.

Fort Kent attorney Toby Jandreau sought to establish a student-operated free legal clinic in the town. The plan included bringing in University of Maine School of Law students who would gain real-life legal experience while helping to combat a shortage of lawyers in northern Maine. 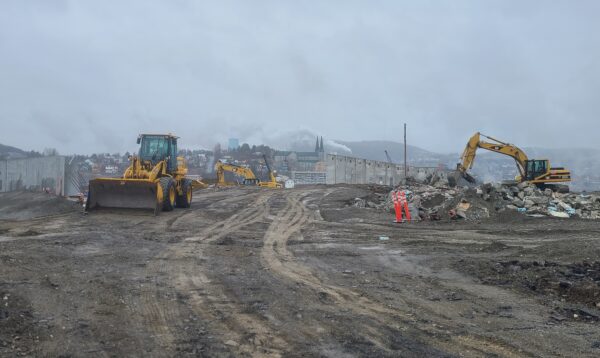 The site of the 48-year-old McDonald’s in Madawaska is now flattened land on April 19, making way for the new land port of entry. (Emily Jerkins | St. John Valley Times)

The winner of a Supermarket Sweep fundraiser swapped out her first-place raffle ticket, donating the prize to the local food pantry. The fundraiser was held to benefit the Valley Rivers Middle School eighth-grade class Project Augusta trip.

Greater Fort Kent Area Chamber of Commerce Executive Director Dona Saucier announced that she would resign from the position. Saucier said she wanted to make the transition to a new director as seamless as possible and that she had every confidence in the chamber board of directors.

After being put on hold for two years, due to COVID-19, it was announced the Top O’ Maine Trade Show would return to Madawaska. The longstanding trade show provided an opportunity to showcase local businesses.

The Madawaska McDonald’s building was demolished to make room for a new border crossing station. Madawaska residents made an unsuccessful plea to Corporate McDonald’s to rebuild the fast-food chain restaurant at another location in town. 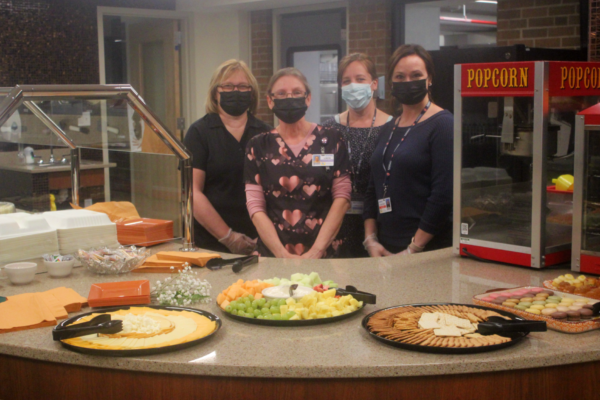 A $13.6 million project at Northern Maine Medical Center modernized a part of the hospital that had not seen major work in more than 70 years. A four-story addition to the facility included two new operating rooms, a renovated laboratory, an activity area for children being treated in the behavioral health psychiatric unit and a modern cafeteria.

Valley Rivers Middle School students got a headstart on the future when they researched and provided live presentations about career opportunities for a project called The Maine Event. Approximately 140 seventh- and eighth-graders participated in the project. 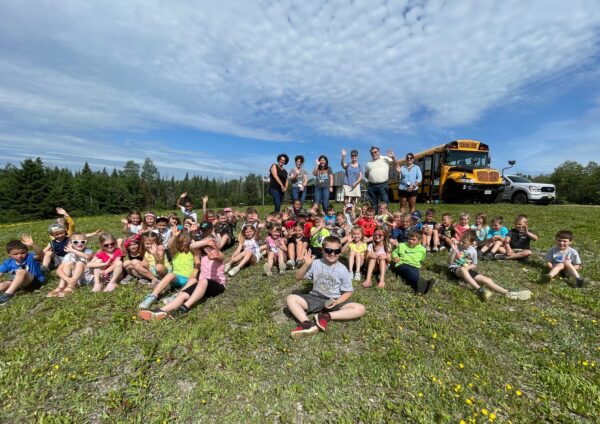 FORT KENT, Maine – June 16, 2022 – Fort Kent Elementary School kindergarteners and their teachers enjoyed a field trip to Anderson Family Farm where they planted pumpkin seedlings the youngsters will harvest as first-grade students in the fall. (Courtesy of Kevin Anderson)

Van Buren sought to prevent the closure of the town’s only grocery store. Saucier’s Shurfine had a potential buyer, and town officials announced they would apply for a $240,000 grant to help the person purchase the store.

The annual Ploye Festival kicked off in Fort Kent. The event included the cooking of what was thought to be the world’s largest ploye by Bouchard Family Farms.

Fort Kent Elementary School kindergarten students enjoyed real-life science lessons with a visit to Anderson Family Farm. The youngsters planted pumpkin seedlings they began growing in their classrooms. Dean of students Kevin Anderson and his wife Janice own and operate the farm.

Maine’s longest serving legislator, Martin was first elected to the Maine House of Representatives in 1964 when he was 23.
Our Sponsors END_OF_DOCUMENT_TOKEN_TO_BE_REPLACED