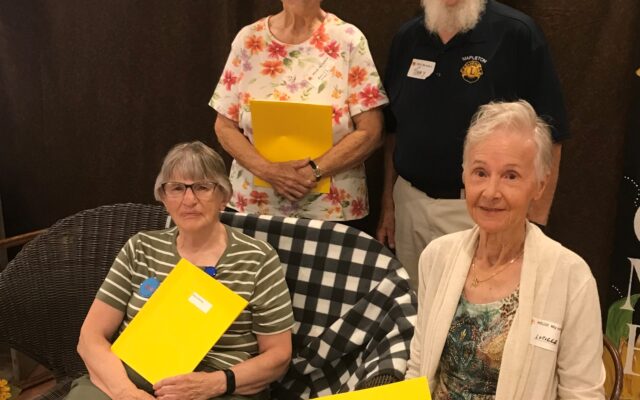 The event allowed organizers — RSVP, Aroostook Agency on Aging and AmeriCorps Seniors — to honor hundreds of volunteers from Patten to Frenchville who in 2021 alone donated more than 28,600 hours of service to their friends and neighbors with a monetary value of nearly $850,000. 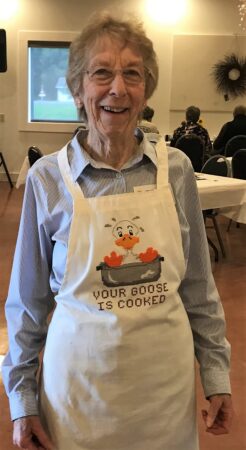 Among the guest speakers was longtime volunteer and Vice Chairman of the Aroostook RSVP Advisory Council Betty Rinehart of Caribou, who is one of more than 350 active volunteers who served more than 28,600 hours in 2021. The monetary value of this service is nearly $850,000.
(Courtesy of Aroostook Agency on Aging)

Because the celebration had been canceled for the past two years due to the pandemic, those who participated in the Sept. 1 event were especially thrilled to be together in one place and in person.

Sherry Beaulieu, who oversees voluntary services for the Agency on Aging, said despite challenges presented by COVID-19, she was amazed by the determination volunteers showed in serving their communities during an extraordinary time of need. 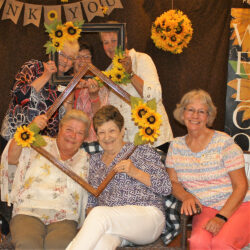 This group of Caribou-area volunteers gathered for a “team photo” during the recent Aroostook RSVP celebration. They include, from left, seated: Leola Ouellette, Diane Allen and Judie Bougie. Standing: Myrna Dixon, Rebecca Dixon and Nancy Dow. (Courtesy of Aroostook Agency on Aging)

“The time and talent you contribute helps many of our community partners and stations to broaden their resources and keep their service available in The County. I am so humbled and in such awe of the gifts you give daily through service to others before self with your incredible servant’s hearts,” Beaulieu said. 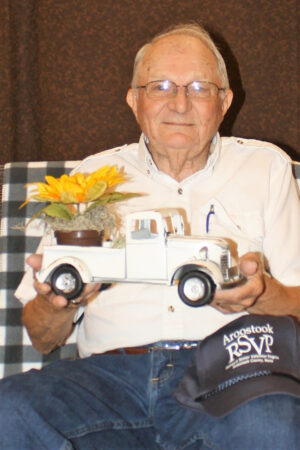 Caribou volunteer Richard Bechtel was recognized for 15 years of service to his community.
(Courtesy of Aroostook Agency on Aging)

Lucille Violette and Patsy Delong, each volunteered more than 1,000 hours in 2020 while Lois Shaw, Ruthann Weeks, Diane Allen, Leone Ouellette and Margaret Campbell all donated over 500 hours during the year. 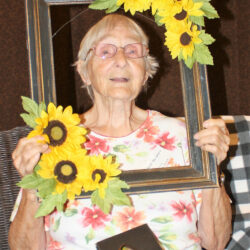 Bernice Campbell of Oakfield was honored for 20 years of volunteer service through the Aroostook RSVP and its partners. (Courtesy of Aroostook Agency on Aging) 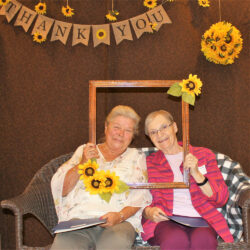 Among those receiving recognition for five years of service to Aroostook RSVP were, Leola Ouellette of Caribou, left, and Roberta Savary of Ashland. (Courtesy of Aroostook Agency on Aging) 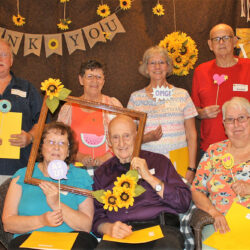 Among those celebrating five years of service with Aroostook RSVP in 2021 were, from left, seated: Barbara Pierce of Bridgewater, Jerry Joles of Mapleton and Phyllis Taylor of Westfield. Standing: Michael Ireland of Chapman, Rebecca Dixon and Judy Bougie, both of Caribou, and Leighton Perkins of Mapleton. (Courtesy of Aroostook Agency on Aging) 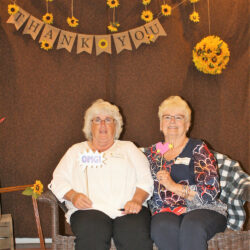 Following a catered brunch and the awards/recognition program, the “Northeast Band” played classic country music and the names of door prize winners were announced.

RSVP Aroostook is funded by an AmeriCorp Seniors grant and additional support from United Way of Aroostook.

Maine’s longest serving legislator, Martin was first elected to the Maine House of Representatives in 1964 when he was 23.
Our Sponsors END_OF_DOCUMENT_TOKEN_TO_BE_REPLACED