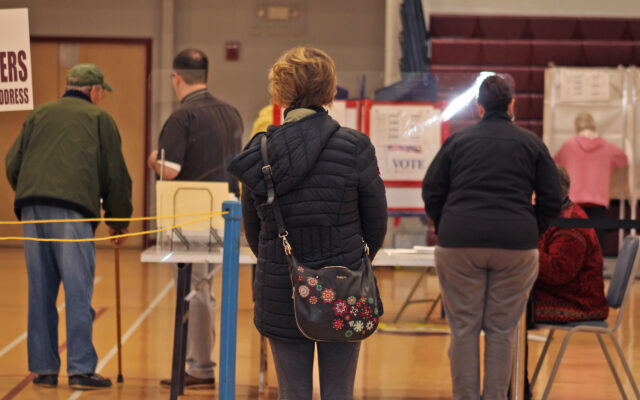 Though they chose Republican candidates for governor and the U.S. House of Representatives, the rest of Maine went Democratic.

A notable exception to the overall Republican swing was in State Senate District 1, which pitted longtime Sen. Troy Jackson (D-Allagash) against newcomer Sue Bernard (R-Caribou). In the end, Jackson won the close race with 8,572 votes to Bernard’s 7,957.

In House District 5, voters chose incumbent Joseph Underwood over Kevin Freeman by a vote of 1,857 to 1,388.

For House District 6, Donald Ardell ran unopposed and won the seat with 3,173 votes.

Complete statewide election results are available on the BDN website.

Heavy snow is expected to overspread the Valley this afternoon and continue into the evening hours.
Crown Politics END_OF_DOCUMENT_TOKEN_TO_BE_REPLACED

Maine’s longest serving legislator, Martin was first elected to the Maine House of Representatives in 1964 when he was 23.
Our Sponsors END_OF_DOCUMENT_TOKEN_TO_BE_REPLACED