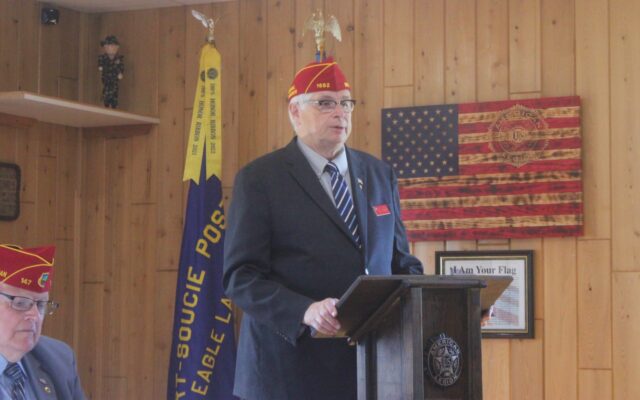 This was the first-ever visit by a Legion national commander to Post 176, which was chartered in 1947 and has 95 members nationwide. Founded in 1919, the American Legion has more than 17,000 posts and is the largest veteran service organization in the world.

“Big posts get the recognition all the time, but these small posts do so much,” Troiola said.

Troiola also visited other Aroostook County posts from Madawaska to Mars Hill to Houlton during a national tour to deliver messages of support for veterans and present information about a veteran suicide prevention program, “Be The One.”

The program encourages people, whether it be through a family, friendship, work or other connection, to be available when a veteran is struggling and needs to reach out. 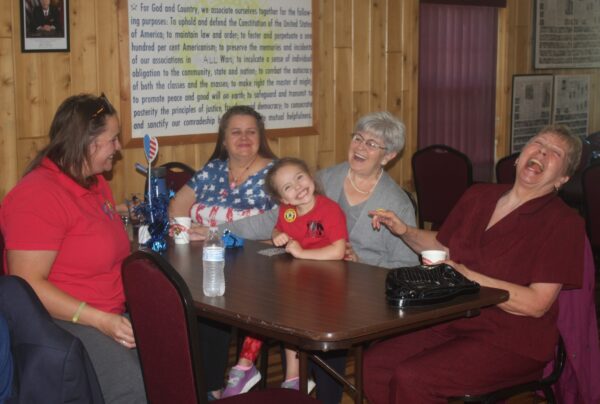 More than 6,000 veterans take their own lives each year, with veterans dying by suicide more than 1.5 times that of non-veteran adults, according to the American Legion website.

“We still have World War II vets commiting suicide believe it or not, and Vietnam,” Troiola said.

The first priority for preventing veteran suicide is to remove the stigma associated with asking for help, Troiola said.

“Until we solve that, we’re not going to solve the suicide problem,” he said.

Troiola said veterans “have experienced things no civilian has ever seen or wants to see.”

“Keep that in mind when you’re talking to them because they’ve got trauma that you just wouldn’t believe,” Troiola said.

Originally from New York, Troiola moved to Windham seven years ago to be near his daughter and grandchildren.

After retiring from the auto parts industry, he began a second career as a school bus driver for the Falmouth School District and part-time motor coach operator.

“This is my favorite place now,” Troiola said of Maine.

Something that Troiola does not enjoy about Maine is the struggle to prevent the closure of veterans homes in the state.

“We’re still fighting the state of Maine from trying to close the veteran homes,” he said.

Troiola said it is incumbent upon elected officials to back veterans in the fight to keep those homes open.

“He worked and the American Legion worked with him to keep the homes open,” Troiola said. “I don’t know what would happen to the vets in those homes if they closed. A lot of veterans in those homes are suffering through PTSD.”

Post 176 Commander Leroy McKenzie said the veterans who met with Troiola during his visit to Eagle Lake will not soon forget it.

“Commander Troiola’s visit only enhances the history of the post even more while giving the community members a once in a lifetime experience,” McKenzie said.

Heavy snow is expected to overspread the Valley this afternoon and continue into the evening hours.
Crown Politics END_OF_DOCUMENT_TOKEN_TO_BE_REPLACED

Maine’s longest serving legislator, Martin was first elected to the Maine House of Representatives in 1964 when he was 23.
Our Sponsors END_OF_DOCUMENT_TOKEN_TO_BE_REPLACED