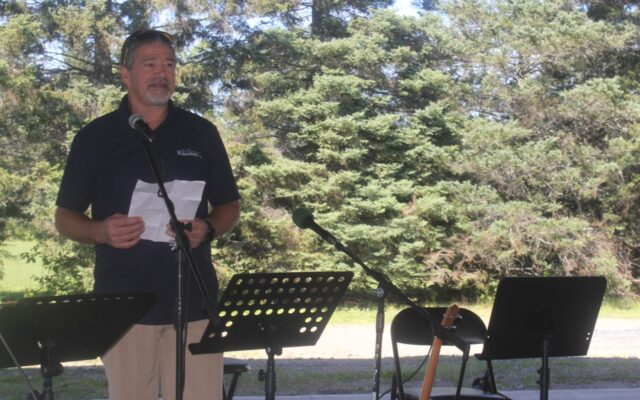 September is National Recovery Month and Hafford spoke representing affected others at the Saturday, Sept. 3, ceremony held at Riverside Park.

“Anybody that’s affected knows that it doesn’t just affect the person that’s addicted, it really affects everybody and that was the case with me,” Hafford said.

Maine saw a record 636 drug overdose deaths in 2021, up 23 percent from the year before. The annual recovery celebration was hosted by University of Maine at Fort Kent Behavioral Science program, Fish River Rural Health and Aroostook Mental Health Center to celebrate those who have overcome addiction and provide encouragement for those battling addiction.

“All the signs were there, but how could I possibly allow myself to believe that the boy that I used to play Matchbox cars with, the boy who spent hours and hours with me in the sandbox, the boy who taught me to ride snowmobile and dirt bike, the boy who was my very best friend and the most important person in my life was a drug addict,” Hafford said.

From bailing him out of jail repeatedly to placing herself in unsafe situations to meet up with him to bring him food and money, to spending endless hours crying over whether he would live or die, Hafford said navigating her brother’s drug addiction has been “an absolutely heart-wrenching journey.”

She would miss college classes and work having stayed up throughout the night talking to her brother during moments of drug-induced crisis, and found her faith in God tested when she felt that prayers to cure her brother of his addiction went unanswered.

“Having so much faith and hope that he was ready to change his life around until I got to the point 27 years later where I realized that I cannot save my brother and that I can no longer let my brother’s addiction control me,” she said. “I’ve learned to put up boundaries and love from a distance. I will be here when my brother is ready to change.” 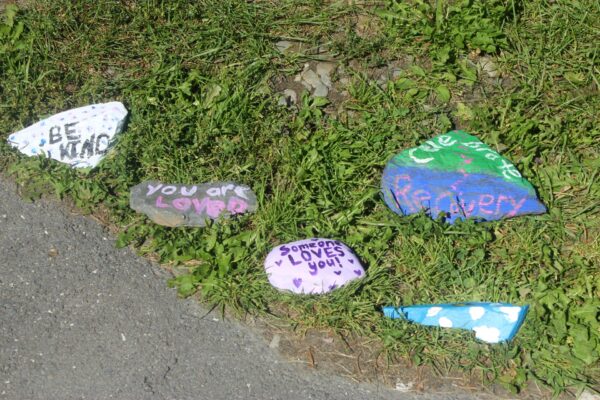 It was the realization of how her drug addiction affected her young daughter that helped Amber Pulcifur find the strength to get sober, she said at the recovery celebration.

Her first encounter with opiates was when doctors prescribed them following a car accident when she was 17 years old.

By her mid-twenties Pulcifer, by then working as a beautician, said she had progressed to using heroin, and eventually methamphetamines.

“When I was 33 years old I caught my first felony charge; I’d never even had a speeding ticket,” Pulcifur said.

Criminal charges did little to eliminate her drug use initially.

But when she missed her daughter’s third birthday because she was incarcerated in Aroostook County Jail, Pulcifer said she had a change of heart.

Not only did she fight her own drug addiction, but Pulcifer attended Washington Community College and became a peer recovery coach who now helps others who are struggling with substance abuse disorder.

“It is important to have these public conversations to help combat the stigma associated with addiction,” UMFK behavioral science unit chair Shawn Graham said. “Recovery is happening for people every day and there are resources available to support people struggling with addiction and their families.”

“We can spread the word, we can lend an ear, a hand, a voice, we can do this if we all come together,” he said. “Don’t give up on them; everybody has a chance at recovery.”