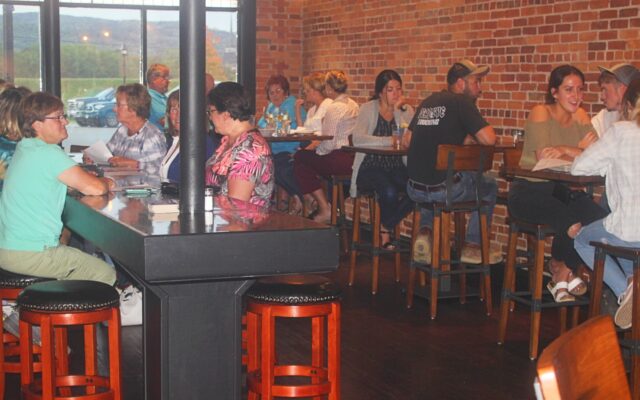 So named because it is located on Earth’s 47th latitude, the restaurant offers fare unique to northern Maine.

“It is an eclectic restaurant with primarily a Mediterranean flare,” owner Randy Belanger said.

Thursday night offerings were the entrees: Italian sausage bolognese, beef tenderloin, shrimp and angel hair pasta, and a rack of St. Louis ribs, as well as appetizers such as Greek nachos, Ahi tuna and lamb sliders. 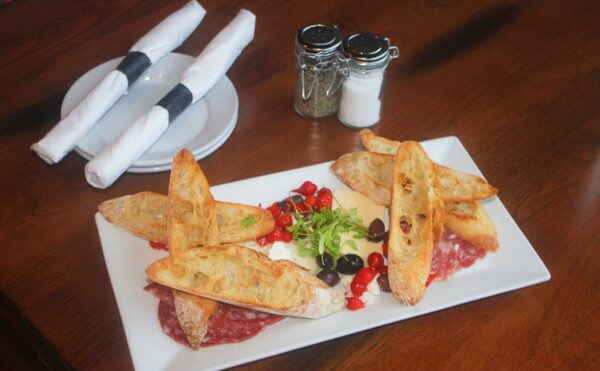 With 47 North just getting underway, new menu and drink items, such as paellas and rotisserie foods, will be added as time goes by and a Facebook page for the business is in the works, Belanger said.

Belanger, 52, is no newcomer to the restaurant business, having previously owned 45th Parallel Wood Fire Grille in Rangeley.

He is a trained chef who worked for 27 years in places all over the world including Melbourne, Australia, Auckland New Zealand, New Orleans and Vail, Colorado.

“To watch people eat your food and see smiles on their faces, there’s nothing better than that in my opinion,” he said.

Belanger is also no stranger to the St. John Valley.

Although he has been gone for 40 years, he lived in St. Francis as a child where his father, Raymond Belanger, an Allagash native, briefly operated the bar/restaurant The Red Barn in the late 1970s. 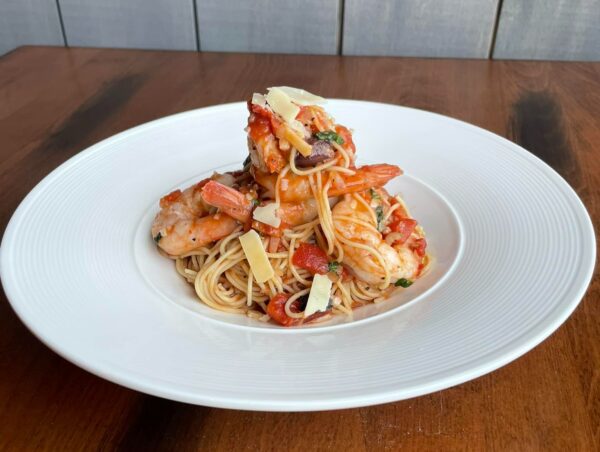 Shrimp and angel hair pasta is on the menu at 47 North in Fort Kent. (Courtesy of Randy Belanger)

Randy Belanger, a former Marine, said he has long wanted to return to Aroostook County.

“I’ve always been looking for an opportunity to come back home,” he said.

Earlier this year he purchased the Main Street building, which formerly was leased to the popular Fort Kent restaurant Walker’s Pub where he opened 47 North. Another space in the building will serve as a Jiu-Jitsu training center in the coming months.

Belanger is a dog lover who rescued and rehabilitated kangaroos when he lived in Australia. He and his girlfriend, Lana Malyuk, a waitress and bartender at 47 North,  live in Portage with their 17-year-old Jack Russell terrier Rocky.

The family plans to move into an apartment in the Main Street building once renovations are complete.