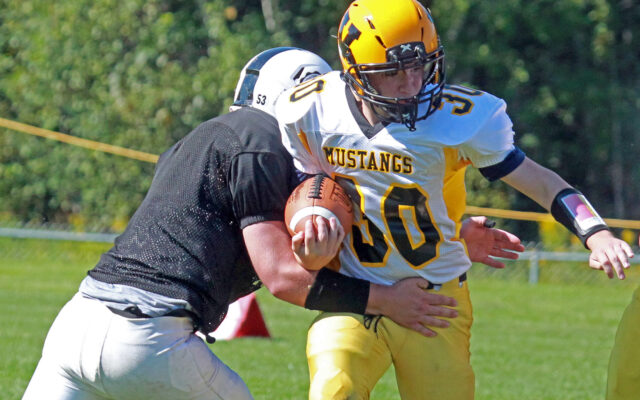 The Mustangs home games will be rotated between Madawaska and Fort Kent, with practices held in the geographically intermediate town of Frenchville. 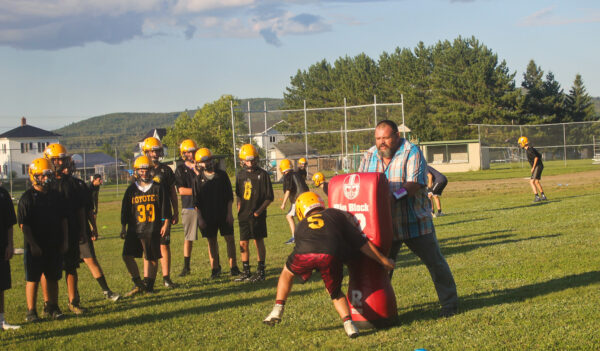 The Mustangs are young, with 16 varsity players led by two juniors with all the rest being freshmen and sophomores.

Despite coming together on the gridiron from three different high schools, head coach Ron Dalgo said there is no rivalry among the Valley Mustangs, and they consider each other teammates.

Teamwork is at the heart of football, according to Dalgo, and many important life lessons can be gained from participating in the sport.

“You’re not defined by one player, you have to play as a unit,” Dalgo said. “We’re teaching kids life skills. We’re teaching them to be responsible family members, coworkers and citizens. When you look up at the scoreboard and see that you’re losing, that teaches you something about life, about not quitting.”

Dalgo said the Mustangs will not achieve greatness by winning games, but by being good people.

“Greatness is not a year, it’s not a season, it’s a culture,” Dalgo said.

A cold front moves through today with scattered showers that will taper off this evening as high pressure builds into the region with partly cloudy skies.
Crown Politics END_OF_DOCUMENT_TOKEN_TO_BE_REPLACED

All five candidates running for two seats on the Fort Kent Town Council gathered at a live question and answer forum.
Our Sponsors END_OF_DOCUMENT_TOKEN_TO_BE_REPLACED