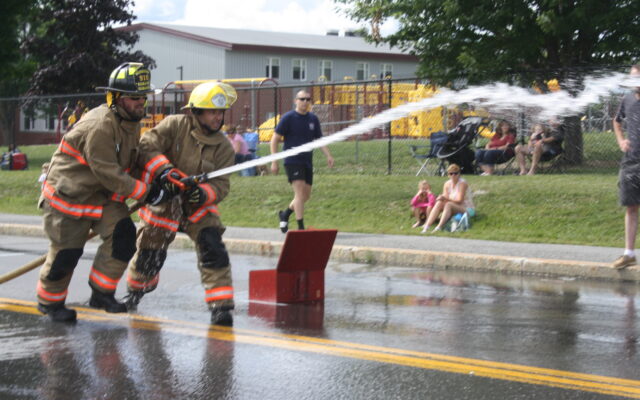 Melissa Lizotte • August 17, 2022
Five firefighting teams from northern and central Aroostook went head to head Saturday, with Van Buren Fire Department scoring the biggest points out of them all.

CARIBOU, Maine — Five firefighting teams from northern and central Aroostook went head to head Saturday, with Van Buren Fire Department scoring the biggest points out of them all.

For the first time since 1991, Caribou Fire & Ambulance hosted the Aroostook County Firefighters Muster. Firefighters from Caribou blocked off a section of Bennett Drive and provided demonstrations prior to the teams showcasing their skills in four competitions. 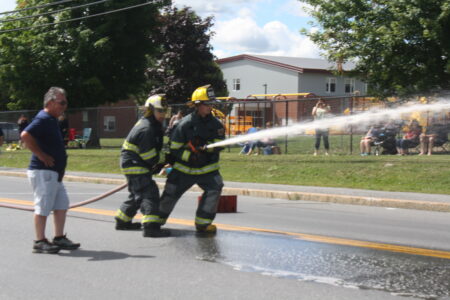 Caribou’s famous 100-year-old pumper, Old Engine One, also made an appearance and gave local children a chance to splash around underneath a spray of water.

Caribou firefighter Scott Michaud said that his department was glad to host one of the region’s largest musters since before the pandemic.

“The firefighters are proud of their respective departments and a little competition gives them a chance to show their pride,” Michaud said. “It also lets them have a little fun in a profession that’s very serious and dangerous.” 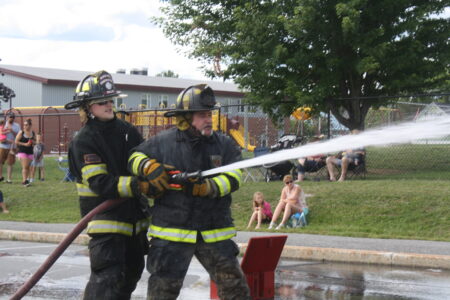 Van Buren’s total time for all competitions came to seven seconds, making that team the winner. The team also took home the best marching unit award for its part in the muster parade.

The individual competition results are as follows:

A cold front moves through today with scattered showers that will taper off this evening as high pressure builds into the region with partly cloudy skies.
Crown Politics END_OF_DOCUMENT_TOKEN_TO_BE_REPLACED

All five candidates running for two seats on the Fort Kent Town Council gathered at a live question and answer forum.
Our Sponsors END_OF_DOCUMENT_TOKEN_TO_BE_REPLACED