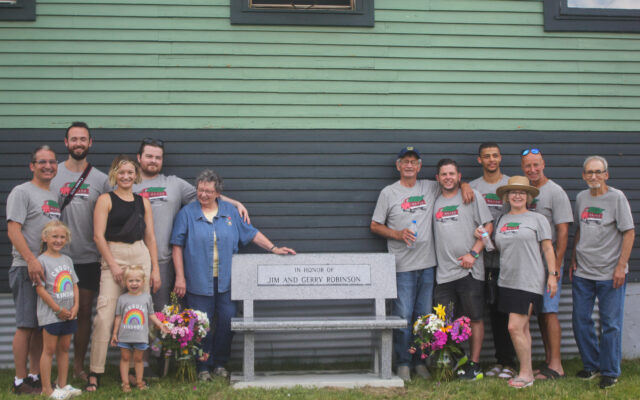 FORT KENT, Maine — The Fort Kent Historical Society at its annual picnic on Sunday honored longtime Fort Kent residents Jim and Gerry Robinson by dedicating a bench to the couple.

The Visitor’s Center building previously served as a karate dojo where Jim Robinson taught area children and adults for 34 years until he retired in 2013.

Jim Robinson taught the martial art to three generations of northern Maine youngsters, according to his wife.

“When it got to the point that he was teaching the grandchildren of the first students he taught, he decided it was time to retire,” Gerry Robinson said. 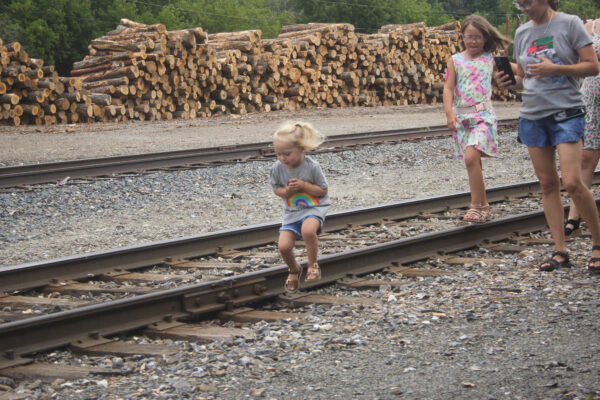 The Robinsons’ family members attended the bench dedication event from as far away as Texas.

Davis donated the bench to honor the Robinsons and to give back to the Fort Kent community where he spent most of his childhood summers.

Although he grew up in Massachusetts, Smith stayed with his great-uncle and great-aunt each summer beginning in 1975, and even learned to drive a car while visiting Fort Kent.

The Robinsons are originally from Rhode Island but decided they wanted to live in Maine after they spent their honeymoon in the Biddeford and Saco area.

They later moved to central Maine, but after a magazine article inspired them to visit the St. John Valley, they knew exactly where they wanted to spend their lives.

“I love the area and I love the people,” Gerry Robinson said. “There has always been a closeness of people in the Valley. When something needs to be done people get together and do it.”

The Robinsons purchased a farm in Fort Kent where they grew vegetables and participated in farmer’s markets.

The couple is still living in Fort Kent 47 years later.

“This is where we wanted to be and we never looked back,” Gerry Robinson said. “When I refer to home, this is home.”

Historical society curator Chad Pelletier said that the Robinsons have been vital members of the community since they arrived nearly half a century ago.

All five candidates running for two seats on the Fort Kent Town Council gathered at a live question and answer forum.
Our Sponsors END_OF_DOCUMENT_TOKEN_TO_BE_REPLACED