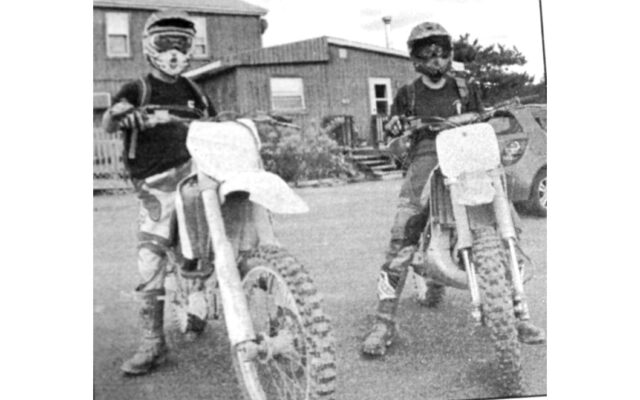 Contributed • August 3, 2022
50 Years Ago -- August 3, 1972    Getting it done -- Work was being done on the new shopping center going up on Fox Street in Madawaska. Irwin Cooperman of Boston, Massachusetts, who is in charge of leasing the facilities to merchants, reports that the Zayre’s store is scheduled to open in November 1972.

Getting it done — Work was being done on the new shopping center going up on Fox Street in Madawaska. Irwin Cooperman of Boston, Massachusetts, who is in charge of leasing the facilities to merchants, reports that the Zayre’s store is scheduled to open in November 1972.

The Madawaska Zayre’s will be slightly larger than the store in Presque Isle. Sampson’s Supermarket, which is also expected to move into the new shopping center, will have the same size facility as all the other Sampson’s stores. Cooperman said that between eight and 10 other retail stores are expected to occupy the center.

Rock star tells fans to go to church — You’re never too “cool” to go to church, said rock star Michael O’Brien. But he didn’t always think so. He used to think church was only for old people. O’Brien’s video, “It’s Cool to Convert,” flashes from his rock concerts to religious events in Medjugorje, Yugoslavia, and shows how cool he believes it to be in church. But he still keeps his rock music career separate from his religious activities. He expects his popularity as a secular rock star to have more impact because he’s a normal rock ‘n’ roll singer who happens to be religious.

RV-ing — Tom Gilbert retired from the U.S. Border Patrol in 1992, after serving in various locations around the United States. During one stint working in Madawaska, he met his wife Nancy (Castonguay). The couple now lives in Canyon Lake, Texas, but have come up with their RV to spend the summers on Long Lake in Sinclair since Tom retired.

A cold front moves through today with scattered showers that will taper off this evening as high pressure builds into the region with partly cloudy skies.
Crown Politics END_OF_DOCUMENT_TOKEN_TO_BE_REPLACED

All five candidates running for two seats on the Fort Kent Town Council gathered at a live question and answer forum.
Our Sponsors END_OF_DOCUMENT_TOKEN_TO_BE_REPLACED