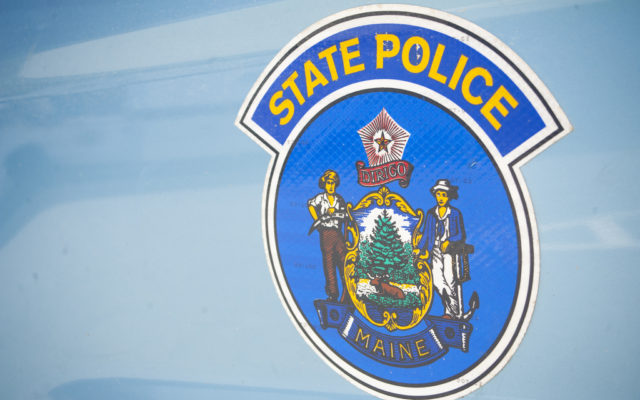 Contributed • July 28, 2022
The Maine State Police Troop F barracks in Houlton responded to a number of calls for service during the period of June 27-July 3, including the following.

HOULTON, Maine — The Maine State Police Troop F barracks in Houlton responded to a number of calls for service during the period of June 27-July 3, including the following.

VAN BUREN — Trooper Desrosier investigated a complaint of a woman screaming, nonstop, at an apartment complex in Van Buren.  It was reported a woman kept going to other apartments screaming at the residents.  Tr. Desrosier located the woman, tried to speak with her, but she was yelling at him.  The woman was issued a warning for disorderly conduct and went inside her apartment.  Soon more complaints were called in regarding the same woman still yelling.  Tr. Desrosier located her down the street screaming at people and passersby.  Tr. Desrosier arrested the woman for disorderly conduct, and she refused to submit to arrest.  Tr. Desrosier, with the help of a citizen, got her handcuffed and transported to the police station, where she was able to post bail.

PATTEN — Tr. Merchant was serving a 30-year-old man with a protection from abuse order and arrested him on two active warrants. He was not able to make bail and was transported to the Aroostook County Jail.

PATTEN — Tr. Cotton was conducting traffic enforcement in Patten. He conducted a stop and determined the female operator had attached registration plates to the vehicle that did not belong to it. Tr. Cotton summonsed the 30-year-old South Portland woman for attaching false plates and provided her a Millinocket District Court date in September.

STOCKHOLM — ​​Sgt. Clark was driving through Stockholm when he observed a vehicle committing a traffic infraction.  After stopping the car and investigating, the driver was found to have a suspended driver’s license.  Sgt. Clark issued the woman a criminal summons for operating after suspension and helped her arrange to have a licensed driver come get her and her vehicle.

CARIBOU — Tr. Roy was conducting traffic enforcement in Caribou when he observed a vehicle not displaying an inspection sticker. Tr. Roy stopped the vehicle and learned the operator had attached registration plates to the vehicle that did not belong to it. Tr. Roy summonsed the 52-year-old Caribou woman with attaching false plates and provided her a Caribou District Court date in September. The vehicle was towed from the scene.

MADAWASKA LAKE — Tr. Roy responded to a car/moose crash in Madawaska Lake. He learned the male operator, a 29-year-old St. John man, had been traveling south on New Sweden Road when the moose entered the roadway. The operator was unable to avoid the moose and as a result, the vehicle received significant damage. The operator suffered serious, non-life-threatening injuries in the crash. He was transported to Cary Medical Center by ambulance for treatment.

HOULTON — Tr. Cotton stopped a vehicle in Houlton for a traffic infraction. Upon further investigation, he learned the operator did not have a valid driver’s license. Tr. Cotton summonsed the 41-year-old Connecticut man with operating without a license and provided him a Houlton District Court date in October.

EAGLE LAKE — Tr. Roy received a report of a burglary at a garage in Eagle Lake. The owner reported a large number of tools and hardware stolen. Tr. Roy responded and processed the scene for evidence. The investigation is active and ongoing.

MONTICELLO — Tr. Kilcollins was conducting traffic enforcement in Monticello when he observed a vehicle driving in the opposite direction that did not have a front registration plate displayed.  He recognized the driver and knew he had a revoked driver’s license.  Tr. Kilcollins stopped the vehicle and after an investigation issued the driver a criminal summons for operating after revocation.  Tr. Kilcollins helped the man arrange to have someone come get him and his vehicle.

MONTICELLO — Tr. Kilcollins was conducting traffic enforcement and went to stop one vehicle for an infraction.  There was another car between him and the vehicle he was attempting to stop that was refusing to yield to his blue emergency lights.  Tr. Kilcollins was able to get both vehicles stopped and discovered that the vehicle refusing to yield to him had a suspended driver’s license.  The man was issued a criminal summons for operating after suspension and a warning for failing to yield right of way.

MONTICELLO — Tr. Kilcollins was conducting traffic enforcement in Monticello when he observed an expired inspection certificate and the registration appeared expired. He stopped the vehicle and after an investigation it was determined the vehicle had not been registered for over two years.  Tr. Kilcollins issued the driver a criminal summons for unregistered motor vehicle and a warning for the expired inspection.

WOODLAND — Tr. Martin investigated a burglary complaint in Woodland.  A Woodland woman had left early in the morning and when she returned home, she noticed some of her personal property was removed from the home and set on fire.  A suspect was developed, and the investigation is ongoing.

WOODLAND — Tr. Martin received a complaint of drug activity in the area.  During the investigation Tr. Martin met three teenagers walking.  Tr. Martin confronted one of them about the report.  The teenager ultimately confessed to using marijuana and turned it over to Tr. Martin.  The parents of the juveniles were called and it was determined they would resolve the issue.