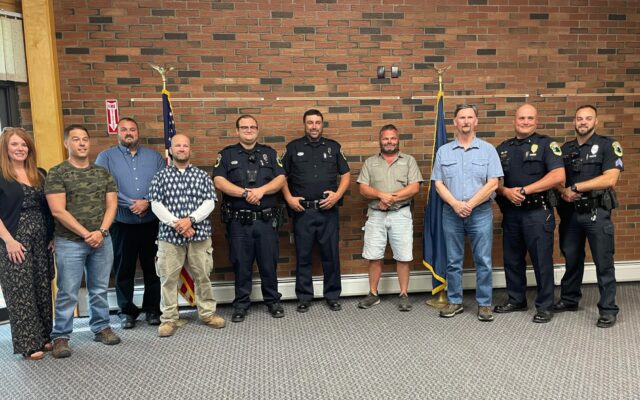 Jessica Potila, SJVT / FhF Staff Writer • July 13, 2022
In a time when police officers are in short supply throughout the country, the Fort Kent Police Department is fully staffed with the addition of two new officers.

FORT KENT, Maine — In a time when police officers are in short supply throughout the country, the Fort Kent Police Department is fully staffed with the addition of two new officers.

This brings to five the number of full-time officers who will protect and serve the town, including Sgt. Garrett Albert, Officer Trevor Bellefleur and Officer Michael Paradis.

“They have the right demeanor and relaxed tone when responding to calls for service, which is ideal in this line of work,” Chief DeLena said of the two new hires. “They are knowledgeable and learning quickly.”

Officer Belanger, 45, grew up in the neighboring town of Wallagrass and graduated from University of Maine at Fort Kent with a criminal justice degree in 1998. He worked as a logger for 23 years, most recently for the past 15 years operating a delimber for Morris Logging.

He and wife Stacy Belanger, a second-grade teacher at Fort Kent Elementary School, live in Eagle Lake along with their two young sons, Drew, 10, and Blake, 2.

“It was a difficult decision to leave the logging industry because I loved working for Morris Logging, but I needed to find a job that provided me with a more stable future for my family. My boys are everything to me and I have more flexibility to be home for them as well,” Mark Belanger said. “I have been so welcomed by everyone in the community, including our board members. It’s so gratifying to work among people who support our law enforcement.”

Stacy Belanger had planned to pin the badge on her husband’s police uniform at the badge pinning ceremony, little Blake had other plans for resting on his mother’s hip, so Chief DeLena instead did the honors.

Stacy Belanger said she is proud of her husband’s decision to switch career paths and the hard work he put into completing the pre-service law enforcement course while also working in the woods.

“I know this wasn’t an easy transition for him; with the long 14-hour days he was already putting in, and then he would come home to study for his exams and prepare for his (over the road) training,” she said. “When Mark sets his mind to do something he will always give 110 percent to accomplish these things. He’s motivated, driven and has an undeniable work ethic. He wants our community to be a better place for everyone, including his boys.”

Officer Plourde, 28, most recently worked as a dispatcher for the FKPD, but had graduated from UMFK with a public safety degree in 2017.

“When I was hired as a dispatcher I told the board, ‘this is only temporary, I want to be an officer,’” Plourde said. “I grew up in Fort Kent and see this as a good way to give back to the community and make sure the area is as safe and secure as it was when I was growing up.”

His mother Stacey Thibodeau was beaming with pride when she pinned a badge to her son’s uniform on Monday.

Thibodeau said when she learned her son would become a police officer she naturally had concerns for his safety, but could not be more proud of him.

“I was nervous, scared and happy all at the same time but I know he’s got a good head on his shoulders so I’m not worried for that part,” Thibodeau said.

Officer Plourde’s father is ​​Pierre Plourde and his step-father is Stephen Thibodeau. Officer Plourde lives in Fort Kent with his dog Jax, a miniature Australian shepherd.

“It is great to have people who want to be part of our growth and anticipation of a revitalized police department,” Chief DeLena said.

Chief DeLena said he would like for officers to attend specialized training sessions now that the department is fully staffed, including a drug recognition expert, firearms training expert and a K-9 handler.

Fort Kent has a population of a little more than 4,000 people. The police department fields about 5,000 calls per year.

“I think our police department could go up against any other one in the state. I feel safe here. We have the advantage of knowing the people around us, which makes it even more special. Be safe and may God be with you,” Fort Kent town council chair Jake Robichaud said to the new officers on Monday. 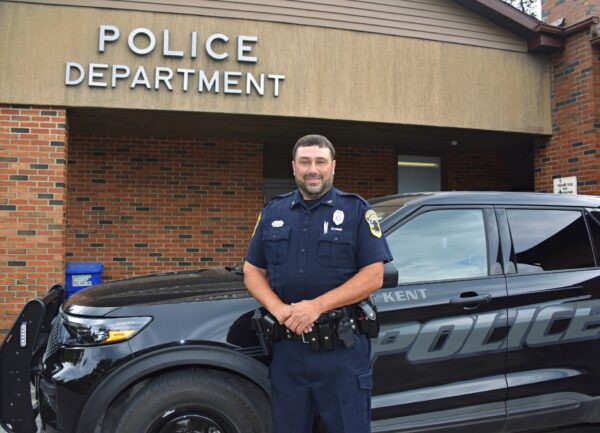 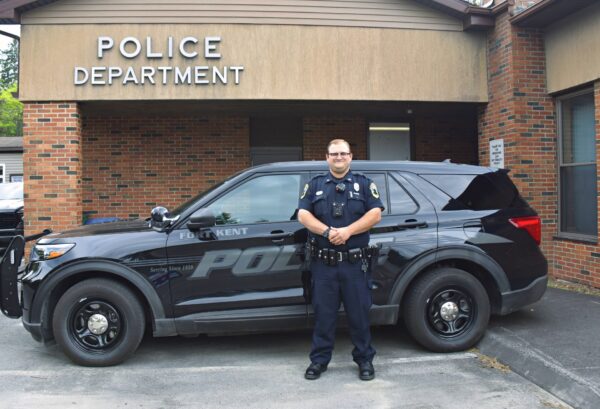 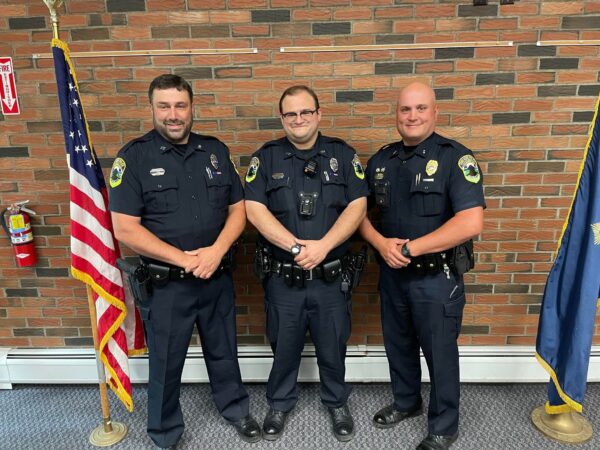