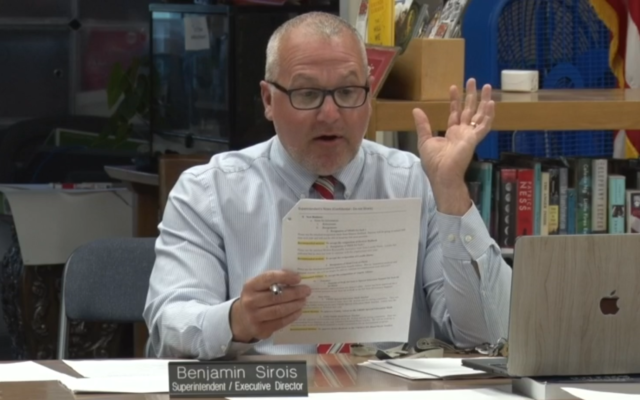 Emily Jerkins, • June 27, 2022
Music will be returning to the halls of School Administrative District 27 after eight years without the program.

FORT KENT, Maine — Music will be returning to the halls of School Administrative District 27 after eight years without the program.

SAD 27 School board members met Wednesday and unanimously voted to hire a new teacher to help rebuild the schools’ music program. According to Superintendent Ben Sirois, the program in Fort Kent was dissolved in 2014 due to a lack of student participation.

While there was an effort to reintroduce music on a half time basis into the school program, Sirois said the interviewers for the position, Community High School and Valley Rivers Middle School Principal John Kaleta and Dean of Students Steve Doucette along with Grade 6 and RISE facilitator Kelley Marquis, had reflected that in order to transform or build the program, it would have to be a multi-year effort starting at the elementary level. 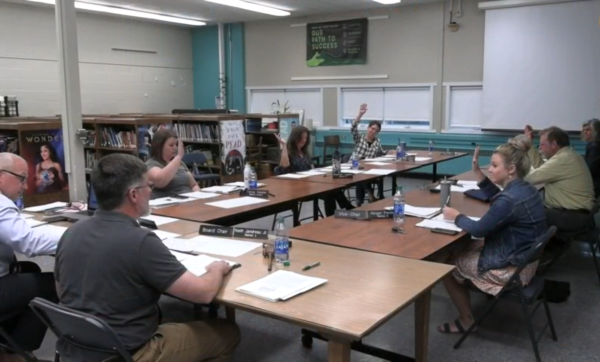 FORT KENT, Maine — June 24, 2022 — SAD 27 School board members unanimously voted to hire a music teacher in and effort to rebuild the school’s music program in Fort Kent on Jun. 22. Courtesy of WFKTV4

Three applicants were interviewed for the band and music teacher position with SAD 27’s unique situation in mind, Sirois said.

“When they had those conversations, one individual really stood out,” Sirois said.

That person was Erica Basham from South China who earned their masters degree in music education in August 2021. While Fort Kent Elementary School has music instruction taught by Samantha Rossignol, Sirois said Basham’s focus will be more on instrumental music.

Basham will start their position with the school at the beginning of the 2022-2023 school year.

“We think [their] focus at the elementary level will be in grades four, five and six, but that has yet to be determined because we have to see if there is sufficient time in the daily schedule,” Sirois said.“I think what stood out for this individual was that [they] really embraced the fact that [they are] going to be able to start and build a program with us.”

Members across the board said student interest in music has swayed from traditional instruments to electronic and other experimental forms of music, so rebuilding the program may not look as traditional as pep and marching bands at sporting events.

“I don’t know that trumpets and tubas and marching uniforms and plumes on a helmet are things that are going to really jazz up high schoolers nowadays,” Sirois said. “We’ll only know if we build it and it becomes that — We’re going to start with music, and this is what music is, what it can be and really getting into the minds of our students about what can be created.”

Coordinator of Innovative Practice and Community Outreach Peter Caron said he remembered when he was in junior high and attending basketball games, the whole stage in the gymnasium was filled with the band playing before and during warmups as well as at half time. In the years just before eliminating the program, Caron said the school couldn’t even get a quartet to do that.

“We need to rebuild the energy and enthusiasm in the hearts of the students,” Caron said.

The evolution of students’ interest in music paired with a conservative budget means the exact curriculum has not yet been established, Sirois said, adding that he would like the new hire to be a part of its planning which may include creating a booster club for the band.

“I’m really enthusiastic about the reintroduction of the music program in our schools,” board member David Soucy said. “It was a really important part of my education — it’s not true for everybody, but it’s true for a lot of people, so this is really welcome.”

An earlier version of this story incorrectly stated Erica Basham’s pronouns, which are they/them.