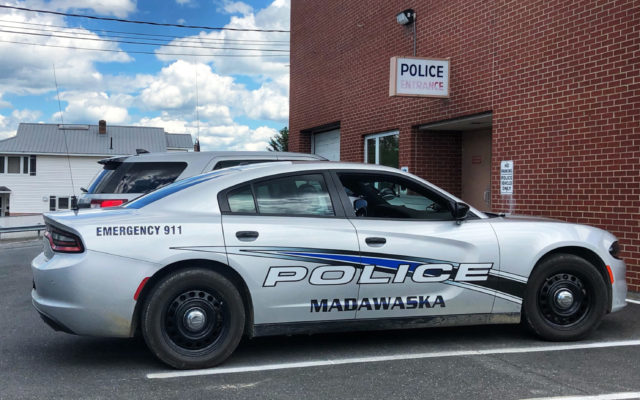 Emily Jerkins, • June 27, 2022
A trailer full of building equipment was stolen early Thursday morning and thanks to some outsourcing on Facebook, the local police department has some leads.

MADAWASKA, Maine — A trailer full of building equipment was stolen early Thursday morning and thanks to some outsourcing on Facebook, the local police department has some leads.

The theft of a Baron Builders’ utility trailer occurred in the early morning hours of June 23, the Madawaska Police Department said in a Facebook post. The vehicle was taken from 11th Avenue and was seen on Madawaska Elementary School’s security footage being hauled by a dark, lifted four-door pickup truck heading south at 4:04 a.m.

Madawaska police posted a photo of the trailer and a screenshot of the security footage to their facebook page, requesting help from the public.

“We have some people that have identified the truck as belonging to a certain individual but he hasn’t been spoken to yet,” Lt. Jamie Pelletier said.

Pelletier said that the person does not live in the Madawaska area, and the local police are reaching out to Maine State Police in an effort to contact the suspect.

“I believe any attempt to make contact with them has been unsuccessful at this point,” Pelletier said.

One commenter claimed to have seen the trailer in Portland around 3 p.m. Thursday. Pelletier said that the witness is from the St. John Valley and had claimed that is why the trailer had grabbed his attention.

Pelletier said Madawaska police intend to reach out to the turnpike authorities to see if they can gather any video footage from the toll booths as they continue their investigation.