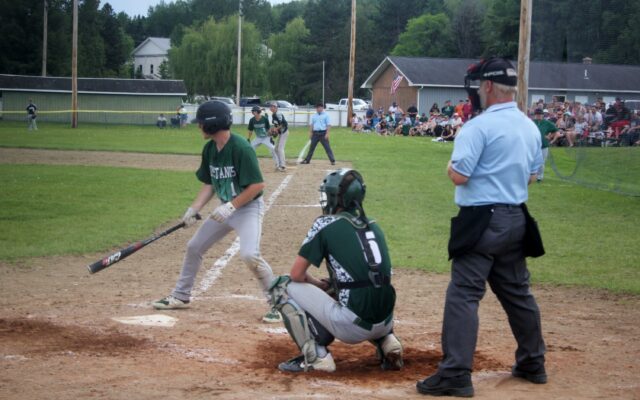 The Mustangs defeated the Warriors 16-2 on Saturday in a Class C North semifinal in Fort Kent.

Fort Kent was ahead 2-0 going into the second inning, but that was not to last. Mount View quickly took the lead 3-2 with runs by Cole Ripley, Samuel Valleau and Bernard Dodge.

The Warriors never recovered, and managed no more runs against the pitching of Noah Hurd.

The Mustangs increased their lead with runs by Declan Knowlton in the third and Noah Hurd in the fourth. A barrage of Mount View runs in the fifth inning proved more than Fort Kent could overcome, and put an end to the game.

Mount View Coach Brandon Hurd said he has been on the side of losing a championship game so he understands Fort Kent’s disappointment.

“They’re a solid program. We knew coming up here they were going to battle us,” he said.

Mount View moves on to the Class C North Regional Championship where they will take on Maranacook.