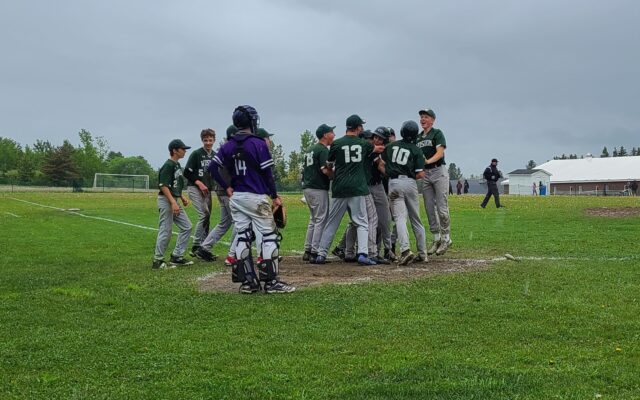 With the victory, No. 1 Wisdom (11-3) advances to the Class D North semifinals where the Pioneers will host the winner of No. 4 Machias versus No. 5 Woodland Saturday at 2 p.m. Southern Aroostook ends its season with an 8-8 overall record.

A mid-game downpour created rough playing conditions on the Pioneers’ playing field as both squads struggled in the rain.

The Wisdom pitching trio of Michael Roach, Sam Roy, and Carter Pelletier led the Pioneers to victory, allowing seven walks between them and striking out nine Warriors.

In Thursday’s game, Southern Aroostook started out strongly, plating six runs by the top of the third inning. Things started to change in the bottom of the third when Jack Desjardins hit a single, followed by three walks, giving Wisdom its first run of the game.

Carter Pelletier hit a single, bringing home another run and was followed by a double from Kaiden Daigle sending two more Pioneers home. Dom Gendreau and Aidan Barriere were hit by pitches and walked, bringing the game to 6-6. Desjardins, back at bat in the inning, hit a double bringing the score to 8-6 in favor of the Pioneers.

The two teams fought head to head with Sam Roy hitting a solo home run in the bottom of the fourth inning before the Warriors started making their own comeback. In the fifth inning, Hunter Burpee and AJ Lewis hit run-producing singles that tied the game at 9-9.

In the bottom of the fifth, Jack Desjardins brought home two runs with a single hit but Southern Aroostook wasn’t ready to give up as Chris Caswell and Camden Porter brought two more Warriors to homebase in the sixth inning, tying up the score yet again at 11-11.

The Pioneers were quick to defend their home field in the top of the seventh, staving off the Warriors from getting the lead. In the bottom of the seventh, Dom Gendreau drew a walk, and managed to steal both second and third base.

“The field conditions were a little challenging, muddy and wet, hard to get a grip on the ball,” Wisdom coach Todd Roach said. “Both teams worked really hard and it was a close game. We look forward to playing (Southern Aroostook) again next year, but we have to worry about who we’re playing next now.”

“We played our hearts out,” Southern Aroostook coach Todd Collier said. “They left it all in the field.” 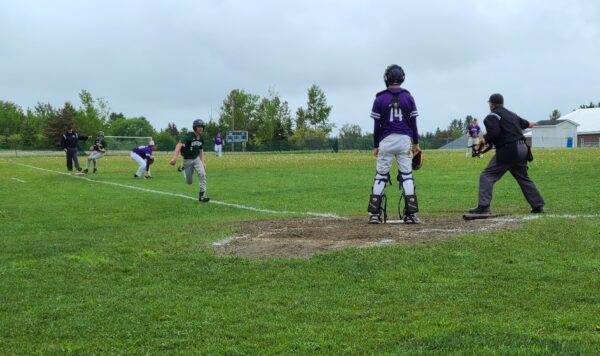 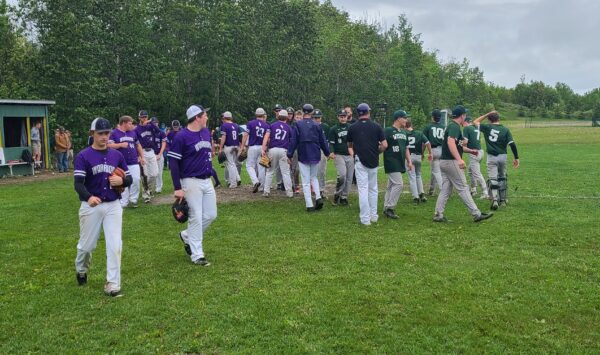