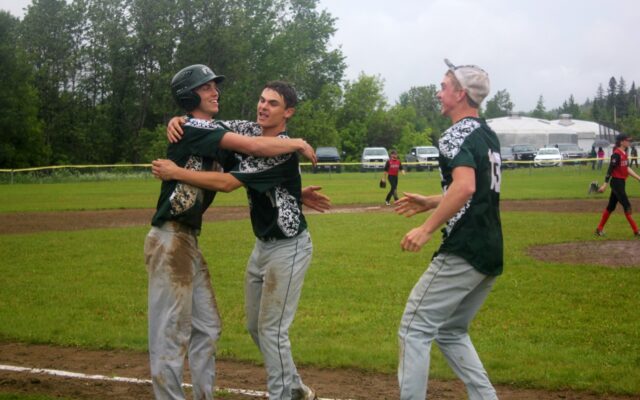 Jessica Potila, SJVT / FhF Staff Writer • June 10, 2022
The players were muddy, onlookers were soaking wet and all were on the edge of their seats as rain poured down Thursday in a Class C North quarterfinal baseball game between the Fort Kent Warriors and Central Red Devils.

FORT KENT, Maine – The players were muddy, onlookers were soaking wet and all were on the edge of their seats as rain poured down Thursday in a Class C North quarterfinal baseball game between the Fort Kent Warriors and Central Red Devils.

In the end, No. 2 Fort Kent (14-4 overall) narrowly defeated No. 7 Central of East Corinth, 9-8 to advance to the Class C North semifinals.

The Warrior boys, along with coaches Tracey Hartt, Jason Nadeau and Sergio Torres will face the winner of a Friday quarterfinal between No. 6 Mount View (12-5) and No. 14 George Stevens Academy (5-12).

The semifinal contest will be held in Fort Kent Saturday, time to be determined.

“That was way too close,” Warrior pitcher Austin Delisle said to his teammates as they celebrated the victory on the Jalbert Park field in Fort Kent.

The teams were tied 7-7 at the end of the seventh inning, prompting extra innings. In the top of the eighth, Central’s Nicholas Schlipstein crossed home plate to put the Red Devils up 8-7.

In the home half of the eighth, Griffin Sibley kept the Warriors’ playoff hopes alive with a line-drive double. But then things looked bleak for Fort Kent as their next two batters were unable to advance the runner.

“We’ve been here before; we’ve been down during elimination games, but you just keep going, one hit at a time,” Hartt said.

Sibley tied the game at 8-8 when he crossed home plate on a walk by Ethan Daigle that loaded the bases.

Raymond said he felt the pressure but focused on the task at hand.

“It was not fun (being in that position), but at the end of the day you (just have to) do your job,” Raymond said.

Hartt said both teams played hard during the quarterfinal and he expected nothing less.

“They came to play and we did too. You know it’s (going to) be close this time of year because you see the best,” Hartt said. 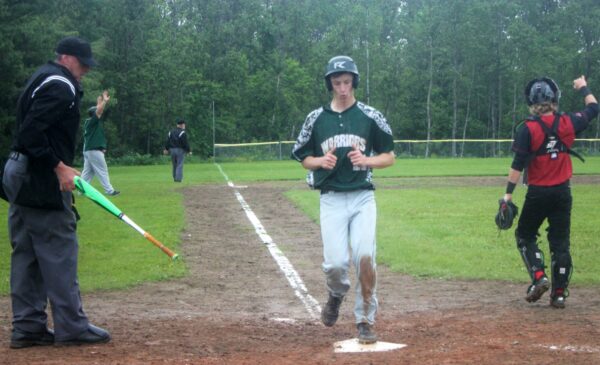 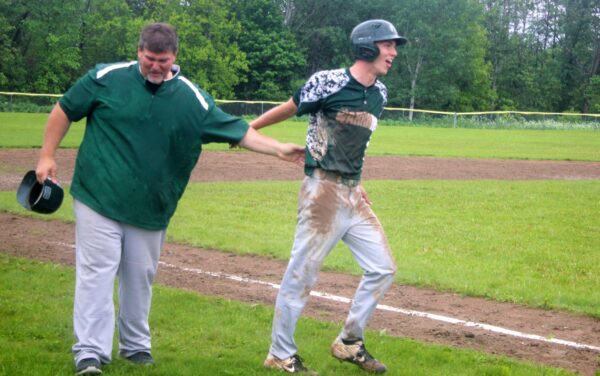