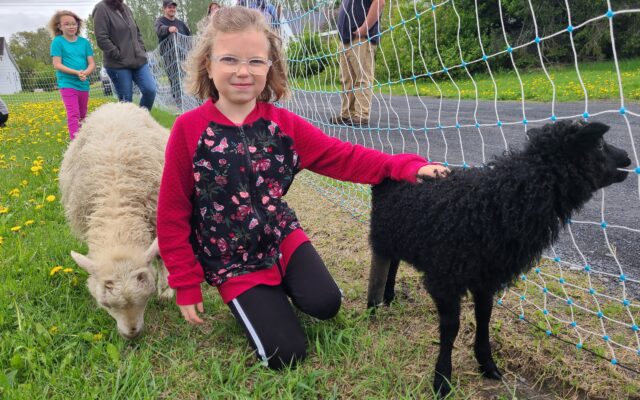 Emily Jerkins, • June 6, 2022
The Spirit of America was in Grand Isle as homesteaders from across the county came to celebrate their lifestyle at the NoMa Festival.

GRAND ISLE, Maine — The Spirit of America was in Grand Isle as homesteaders from across the county came to celebrate their lifestyle at the NoMa Festival.

Tents and vendors lined the Grand Isle Community center Saturday, May 28, as the sun tucked itself behind the clouds for Grand Isle’s first-ever NoMa Homestead Festival and Market. The NoMa, which stands for Northern Maine festival, featured hay rides, a petting zoo, a chili cookoff, live music, food trucks, homemade goods and a spring plant sale.

NoMa Homestead Festival and Market was created to celebrate the homestead and farming communities, and supports the creation of a nonprofit and mini grant program to aid small farms and homesteads throughout Northern Maine.

NoMa committee president Kristen Henry said one of the main reasons for creating the festival was to show community support for local homesteaders and aid in building connections between private farms and other homesteaders.

“We are in the middle of a revival,” Henry said. “People want to live a life of simplicity, self-sufficiency and (have) a sense of community. We want to support their journey by connecting them with resources and like-minded individuals.”

In addition to the many vendors selling home goods was one a little bit different from the rest. John Holabirb and his wife Elizabeth from Recovery Aroostook had set up near the entrance handing out free Fentanyl testing kits and flyers on addiction services.

Holabirb said he is five years sober and came to the NoMa homestead festival to help raise awareness about the struggles people have with addiction as well as provide resources for those in need.

“We do what we can,” Holabirb said. “Any path of recovery is good. There’s a hundred million different ways to get there. We don’t care which way you get there, just as long as you get there.”

Midway through the festival, the music was stopped and a voice came over the PA system, calling all festival goers to the music stage where the announcer was preparing to award two members of the community with Spirit of America awards.

The Spirit of America Foundation is a public charity established in Augusta in 1990 to honor volunteerism, according to the group’s website. The Foundation Tribute is presented in the name of Maine municipalities and school districts to local people, organizations and projects for commendable community service.

The first award presented was for the Greater Grand Isle Historical Society, which is made up of community members passionate about their town’s history, language and culture. This historical society won the award in 2020 for its preservation of certain artifacts at its museum, the former church at the center of Grand Isle, as well as for the town’s popular fundraiser where society members served a home-cooked breakfast every Sunday in May while wearing white shirts and black ties.

The award also recognizes the society’s efforts to create a coloring book detailing Acadian culture and intended for distribution to area schools to engage the local youth in their ancestry.

“It’s my passion to work with the community and help people,” Dionne said. “I thank you very much for this award.”

Dionne, who plans to retire this year, shared a cake with the community after the awards had been announced. The festivities continued as live music by local musician and poet, David Leo Sirois, filled the air. 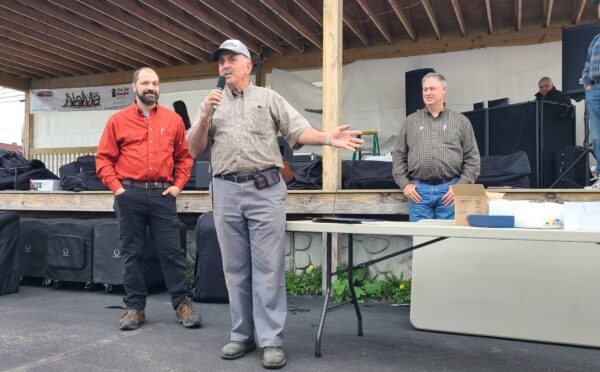 GRAND ISLE, Maine — May 28, 2022 — George Dionne (center) accepts his Spirit of America Award at the NoMa Homestead and Market Festival in Grand Isle on May 28. Ryan Lagasse (left) presented two awards to both Dionne as an individual and Brian Bouley (right) on behalf of the Greater Grand Isle Historical Society. (Emily Jerkins | St. John Valley Times) 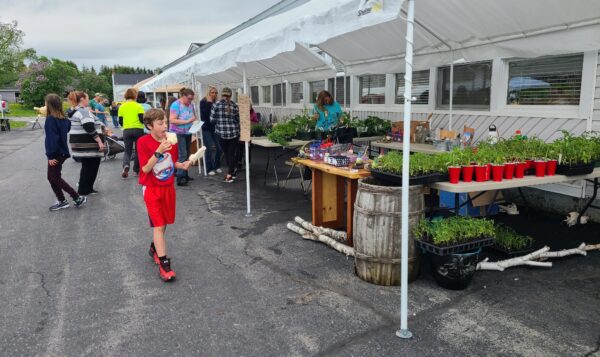 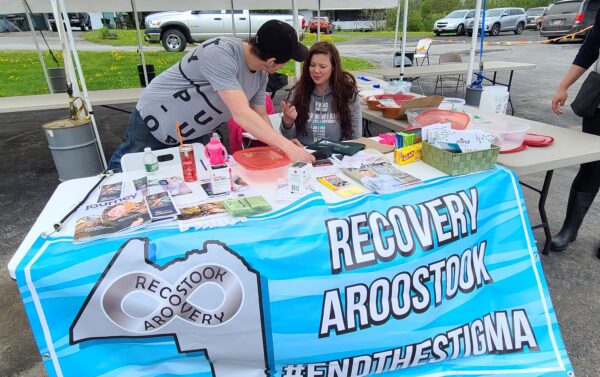 GRAND ISLE, Maine — May 28, 2022 — John (left) and Elizabeth Holabirb (right) of Recovery Aroostook set up their booth at the NoMa Homestead and Market Festival in Grand Isle on May 28. (Emily Jerkins | St. John valley Times)