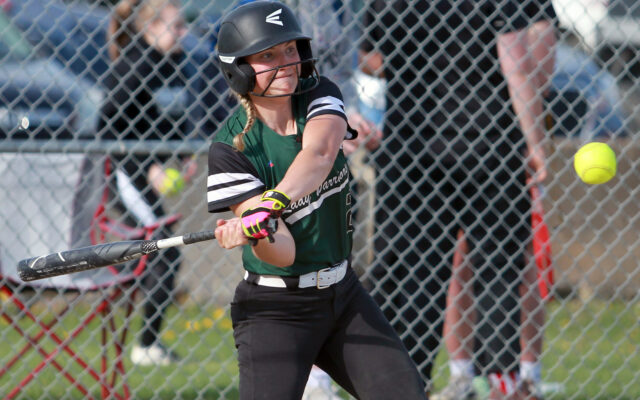 Joseph Cyr • May 25, 2022
A sunny afternoon provided the perfect backdrop Tuesday afternoon for a pair of baseball and softball games between Houlton-Greater Houlton Christian Academy and visiting Fort Kent.

The beginning of the games also featured a short ceremony for graduating seniors for the Shires, with a rose presented to each senior to give to their parents.

On the softball diamond, Houlton picked up a pair of 5-inning victories, beating Fort Kent 17-2 in the first game and 11-3 in the second. The Shires are now 7-4 on the season and are ranked fifth in Class C North. Fort Kent dropped to 7-7 on the year and is 12th, also in Class C North.

In the first contest, Maddie Marino and Olivia Henderson combined to pitch a two-hitter for the Shires. Paige Royal doubled and had two singles, with three RBI to lead Houlton offensively. Drew Warman added three singles and three RBI, while Emma Swallow, Amelia Callnan and Henderson each had a double and single.

For Fort Kent, Morgan and Daigle tallied the lone hits for the Warriors.

In the second five-inning game, Marino tossed a complete game, two-hitter. Offensively, Royal and Calli Sylvia (2 RBI) each had a double and single, while Bre Barton and Gabby Gentle both had a double and drove in two runs.

For the Warriors, Morgan tripled and drove in a run, while Daigle added a single. 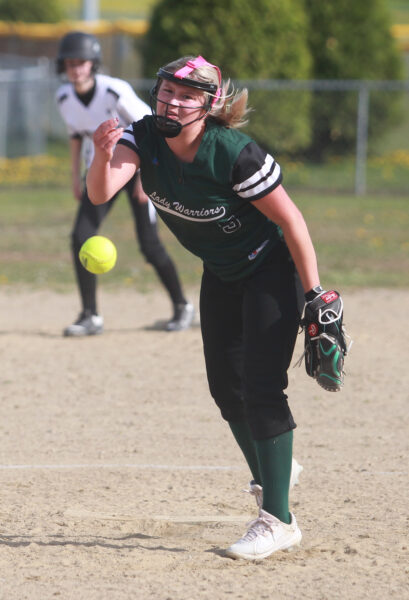 On the baseball diamond, Houlton-GHCA rolled to a 13-1 victory in five innings in the first game, but it was Fort Kent who emerged victorious in the second contest 5-4, also in five innings.

In the first contest, Houlton-GHCA’s Silas Graham twirled a complete-game gem, posting a no-hitter on the day. Graham yielded one run on one walk, with nine strikeouts.

For the Warriors, Kaden Theriault allowed nine runs on five hits and eight walks, with three strikeouts in two-and-a-third mound innings. Ethan Raymond tossed an inning and two-thirds of relief, scattering three runs on three hits and one walk, with one strikeout. Issah Martin tossed one inning, allowing one run on one hit and one walk, with two strikeouts.

Theriault scored the lone Fort Kent run as he walked and came around to score on a sacrifice fly from Will Roy.

Houlton-GHCA is now 8-3 on the season and ranked fifth in Class C North. The Warriors are 9-4 and ranked second in the same region. 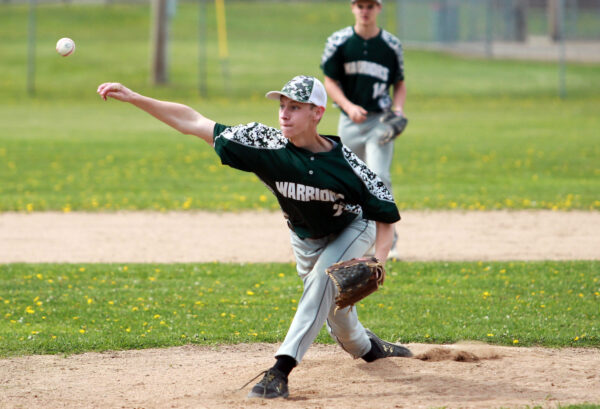 HOULTON, Maine — May 24, 2022 — Fort Kent’s Ethan Raymond delivers a pitch to the plate during a Tuesday, May 24, doubleheader against Houlton. (Joseph Cyr | Houlton Pioneer Times) 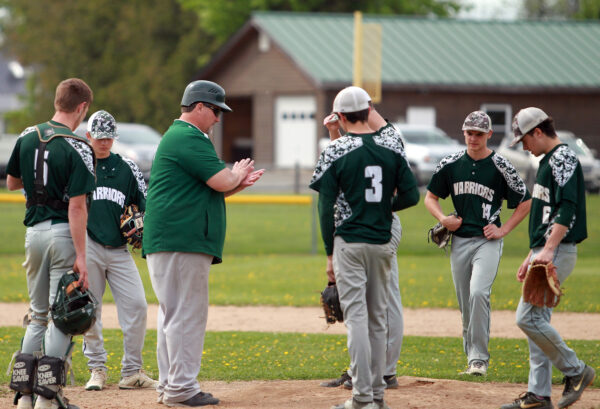 HOULTON, Maine — May 24, 2022 — Fort Kent coach Tracy Hartt speaks to his squad during a mound visit Tuesday, May 24, during a doubleheader against Houlton. (Joseph Cyr | Houlton Pioneer Times)