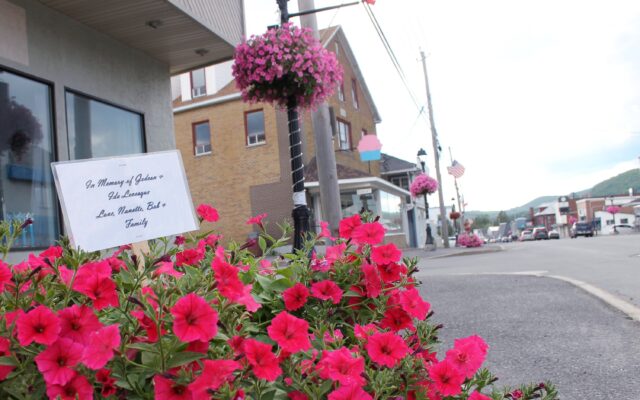 From spring cleaning to flowers and music, Madawaska kicks summer plans into gear

Emily Jerkins, • May 13, 2022
Madawaska summers have developed over the last decade with new activities and projects popping up.

MADAWASKA, Maine — Summer is just around the corner and Madawaska townspeople are working hard to prepare for upcoming events.

Madawaska summers have developed over the last decade with new activities and projects popping up to get residents outside and engaged with their community prior to the one-week celebration for the Acadian Festival every August.

The first of these changes was in 2011 when Music in the Park was introduced. What followed several years later was the start of the town-wide yard sale in 2015, and even as recently as 2021 changes have been made like the addition of the Downtown Mainstreet Flower Project.

Music in the park was introduced to Madawaska’s Bicentennial Park off 11th Avenue after Acadian Festival President Jane Carter had been attending “Mercredi Musicaux” in Edmundston, which translates to Musical Wednesday. A different set of musicians would come to the Center of the Arts and play for several hours outside for the public every Wednesday..

“After listening to that, I said ‘Why not have it in Madawaska?’,” Carter said.

Carter said she contacted Jerry Thibeau, a Madawaska native known for his musical capabilities, for help in creating a similar event every Thursday night  from 6 to 8 p.m. for summers on this side of the border. That year, 13 bands were enlisted to set up and play in the gazebo of the Bicentennial Park, but there was one problem: the bands had to play for free.

Carter said she told the bands that if they played for free the first year to get the event off the ground, she would pay them in subsequent years. After a successful first year, Carter held her promise and started raising funds for the bands through spaghetti feeds until NorState Federal Credit Union decided to sponsor it for $3,000 each year toward paying the bands.

On a nice sunny day, Carter said the park sees roughly 300 people listening to the free music event. Music in the Park gets relocated to the Multipurpose Center at the Madawaska Recreation Department if it rains.

The event, which started as just a handful of bands playing and town residents sitting in lawn chairs, has expanded to include food vendors like Mainely Meats of Presque Isle and this year the addition of Ployes, sold by NorState, will be served to help raise money for local food pantries.

A dance floor was installed in front of the gazebo for listeners to have a place to get up and move with the music. The town put up tents to provide areas of shade.

Music in the Park will take place every Thursday between June 9 and Labor Day this year.

After listening to the first week of music in the park this year, Madawaska residents will have the chance to participate in the town-wide yard sale covering the greater Madawaska area including Sinclair, Frenchville, St. Agatha, St. David and Grand Isle on June 11 and 12.

St. John Valley Chamber of Commerce Interim Executive Director Lorraine Marston said the yard sale, which typically takes place Memorial Day Weekend, had been moved to a later date in order to accommodate families that travel for the holiday, as well as to separate the event from the other town-wide yard sales in Aroostook.

This year marks the seventh appearance of the town-wide yard sale. Marston said the yard-sale started as a way to simultaneously help people with their spring cleaning and to draw in people from other towns. But post-pandemic, it has turned into a kind of celebration for people who have been cooped up inside by winter or by quarantine.

Last year more than 60 homes were listed as yard sales and Marston hopes to have even more signed up for this year. To register, those interested can call or visit the St. John Valley Chamber of Commerce and pay a $25 fee to be included in the event. The Chamber of Commerce will give those registered signs to put on their yards.

As people come to Madawaska for the yard sale, Main Street will be decorated with flowers thanks to the Downtown Main Street Flower Project by the Madawaska Beautification Committee.

It started in 2021 as a memorial project where people could buy flowers and dedicate them to loved ones, but this year those purchasing flowers will be buying into the whole project, according to Beautification Committee member Arthur Lamoreau. Each planter of flowers costs $50 and dedications can still be made for loved ones, but individual flower baskets will not be for any specific person.

The Aroostook County Republican Committee will hold their election year County-wide caucus from 9 a.m. to noon on Saturday, Feb. 12, at the Presque Isle Inn & Convention Center.
Our Sponsors END_OF_DOCUMENT_TOKEN_TO_BE_REPLACED