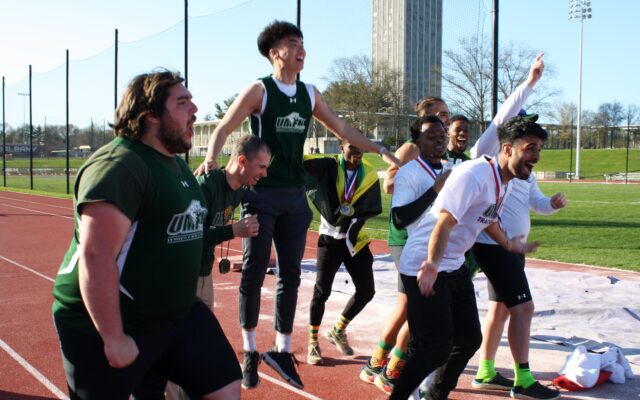 The Bengals won the 2022 USCAA Track & Field National Championships on both the men’s and the women’s side at the national competition that took place Saturday, April 30, in Albany, New York.

“The women won a two horse race over Mississippi University for Women that came down to the final events, while the men won another close contest over a tightly packed field at the top of the scoreboard,” UMFK Coach Matt Dyer said.

The UMFK track and field program began as a club sport in 2017. As well as winning the USCAA team championship honors this year, individual UMFK athletes also made multiple podium appearances at the championship. 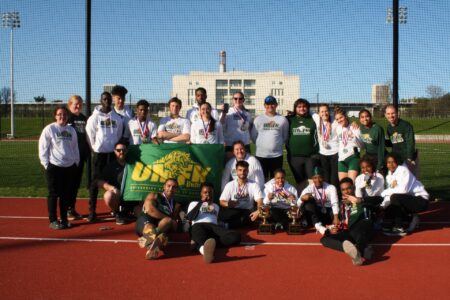 Individual award winners for the UMFK women were as follows:

Silver medal recipients were Marjorie Johnson in the 800m and 5k, Mercy Tanui in the 10k, Jess Combs in the javelin, Olivia Picard in the shot put and discus, and Thompson in the hammer.

Winning silver medals for the Bengal men were  R. Thompson in the 100m, Hibbert in the javelin, and the Men’s 4x400m relay team of Hibbert, Mert Kiyga, Brian Wright, and R. Thompson.

Bronze medal recipients were Wright in the 100m, A. Thompson in the 200m, Hibbert in the 400m, and Younes Iggoute in the hammer.

“Both programs look forward to their title defense in 2023,” Coach Dyer said.

The Aroostook County Republican Committee will hold their election year County-wide caucus from 9 a.m. to noon on Saturday, Feb. 12, at the Presque Isle Inn & Convention Center.
Our Sponsors END_OF_DOCUMENT_TOKEN_TO_BE_REPLACED