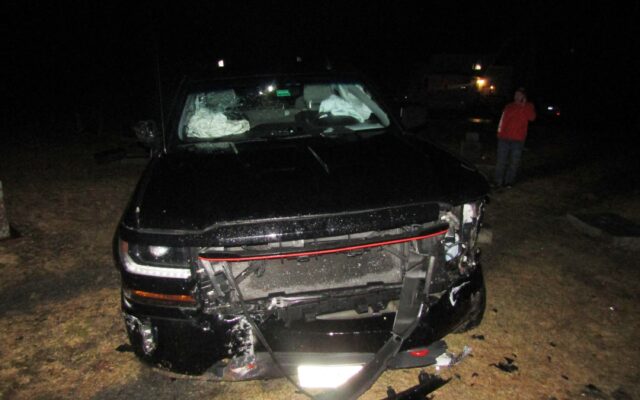 Tiffany Dodd, 41, of Woodland, was driving a 2016 Chevrolet Silverado south on Route 161 shortly after 9:30 p.m. when she observed a deer in the roadway.

In her effort to avoid striking the deer, Dodd lost control of the vehicle, which veered off the right side of the road and into a ditch before it continued into the cemetery, damaging several headstones, according to a report by Maine State Police Trooper Nathan Desrosier.

Dodd and a passenger in her vehicle were uninjured in the crash.  The vehicle sustained extensive damage and was towed from the scene.

Speed was not a factor in the crash, and Dodd was wearing a seatbelt, according to the police report.

Cloudiness in the region Thursday afternoon along with a slight chance for isolated showers Thursday night and Friday.
Crown Politics END_OF_DOCUMENT_TOKEN_TO_BE_REPLACED

The Aroostook County Republican Committee will hold their election year County-wide caucus from 9 a.m. to noon on Saturday, Feb. 12, at the Presque Isle Inn & Convention Center.
Our Sponsors END_OF_DOCUMENT_TOKEN_TO_BE_REPLACED