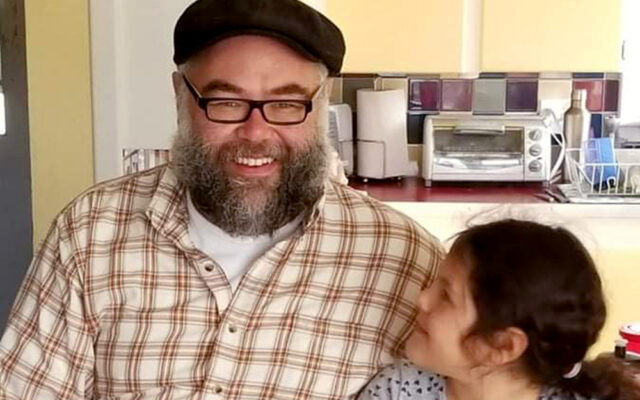 Contributed • April 21, 2022
A local attorney announced his candidacy for the Maine State House of Representatives at the Democratic Town Hall at the University of Maine at Fort Kent on March 4.

FORT KENT, Maine — A local attorney announced his candidacy for the Maine State House of Representatives at the Democratic Town Hall at the University of Maine at Fort Kent on March 4.

Jandreau will be up against Fort Kent’s Austin Theriault, a former NASCAR driver who announced his Republican run for the Legislature in March at the Can-Am Sled Dog Races.

Martin is the state’s longest-serving lawmaker in the Legislature, serving as House speaker from 1975 to 1994 and winning 22 terms in the House. He also worked on the legendary Sen. Edmund S. Muskie’s 1968 vice presidential run. In April 2021, Martin experienced a medical event that required neurological surgery.

A native of the St. John Valley, Jandreau grew up in St. Francis and left the area after high school to become the first member of this family to attend college.  After working in a variety of jobs in central and southern Maine, he returned to the Fort Kent area in 2010 with his wife and their 4-month-old daughter.

“My wife and I both are both from the St. John Valley.  Our plan had always been to return, but once our daughter was born, Portland lost its shine.  We realized how important it was to return home to raise our children because we have something really special up here,” Jandreau said.

“I see that as a parent and a business owner in a way I didn’t see it as a kid.  After having left and working all over the state, I realized what a wonderful place this is.”

Jandreau identified economic struggles as one of the biggest challenges people in District 1 face.

“The wood is cut here and milled elsewhere.  Potatoes harvested here and processed elsewhere.  Our children leave the area when they finish high school to labor, live, spend their money, and pay taxes elsewhere.  With the proposed closing of the veterans home in Caribou, even our old folks would have been sent elsewhere so an outside agency can profit off their care.  It is time we pushed back against this wholesale extraction of all that we have and hold dear,” he said.

Jandreau said he believes there are things Mainers can do at the state level to make life easier for people in The County, such as making health care, energy, housing, eldercare, and childcare more affordable and accessible.

“There are local solutions to our local problems. I would like to bring that perspective to Augusta,” said Jandreau.

In addition to running a law firm, the candidate has served for several years as a school board representative for SAD 27 in Fort Kent.  He has volunteered with the PTO, Girl Scouts and Maine Community Foundation, and at his daughter’s request stepped up to coach the Valley Rivers Middle School tennis team.

He collaborated with the Cumberland Legal Aid Clinic, the University of Maine at Fort Kent and Maine Senate President Troy Jackson to advocate for the creation and funding of a rural legal aid program at UMFK, which would provide training and supervision to aspiring attorneys who wish to practice law in rural Maine.

Jandreau is running as a clean election candidate.  He and his wife, Jennifer, live in Fort Kent with their two daughters, three rescue cats and a ridiculously large dog.

Heavy snow is expected to overspread the Valley this afternoon and continue into the evening hours.
Crown Politics END_OF_DOCUMENT_TOKEN_TO_BE_REPLACED

Maine’s longest serving legislator, Martin was first elected to the Maine House of Representatives in 1964 when he was 23.
Our Sponsors END_OF_DOCUMENT_TOKEN_TO_BE_REPLACED