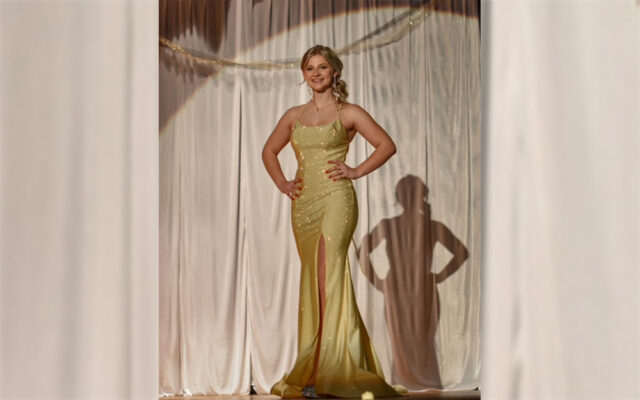 Contributed • April 21, 2022
Renee Sarah Lapointe, the newly crowned Miss Van Buren 2022, is the only resident in recent years to have held every single Van Buren title.

Lapointe is the daughter of Michael and Christine Lapointe of Van Buren and is a senior at Van Buren District School. She is the president of the Student Senate and the National Honor Society.

She serves on the Van Buren Schools Elementary and Secondary Education Act (ESEA ) board. She has consistently earned high honors through high school, received her CNA and has taken 43 college credits. She will enter as a sophomore in the fall at The University of Maine, studying nursing and minoring in dance. She received the UMaine Visual and Performing Arts Scholarship.

Lapointe is a Carlton Music Festival winner and has danced at the Maine Dance Academy for 14 years, receiving many outstanding dancer awards. She has been a part of the Maine Dance Academy’s gymnastics program since its inception and has gone on to be an instructor. She has starred in many plays through out the years at University of Maine at Presque Isle and has even auditioned for Broadway.

She has lettered in soccer, basketball and tennis.  She has made All-Aroostook Tennis, All Aroostook soccer three years in a row, was part of the Northern Maine Class D All Star Team, and was chosen for the Aroostook League Scholar Athlete Award and received a $400 scholarship.

Following winning the Junior Miss Maine title, she competed in Arkansas, placing in the top 15.

Cloudiness in the region Thursday afternoon along with a slight chance for isolated showers Thursday night and Friday.
Crown Politics END_OF_DOCUMENT_TOKEN_TO_BE_REPLACED