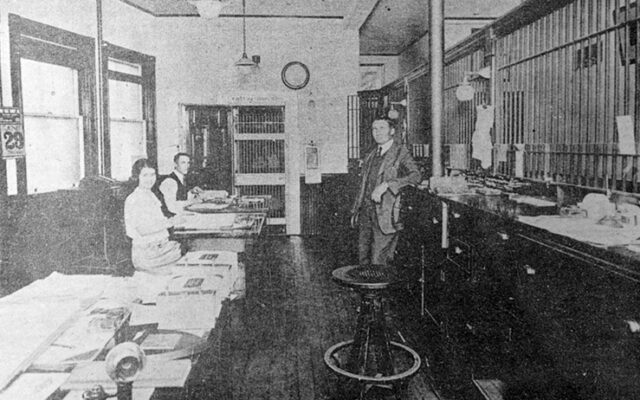 Contributed • March 3, 2022
50 Years Ago -- March 2, 1972    No date to pick Madawaska manager -- The fact that Madawaska is again without a town manager is history, and the main subject now is who will be the next one appointed.

No date to pick Madawaska manager — The fact that Madawaska is again without a town manager is history, and the main subject now is who will be the next one appointed.

Eddie Belanger, Van Buren’s manager, who was selected by the Madawaska board a week ago Thursday in 1972, decided not to accept the position, since the board did not vote for him unanimously. It was a 3-2 decision in his favor.One member of the board said that a petition was submitted for Louis A. Cyr, one of the three candidates in top contention for the spot when Belanger was picked. This is the second petition presented to the board in favor of one of the candidates. The first was one said to have nearly 200 signatures in favor of Edward Cyr. This was presented at the meeting when the board voted in favor of Belanger.

Milton Cyr: Not just a haircut, an experience to remember — In a little shop near the post office, not far from Kmart, Milton Cyr stands and listens. A barber is a lot like a bartender. Everyone who comes in has a story and Mileton has heard it all. On any given day, Milton can tell you (although he does not usually gossip) who is getting married, who has moved “away” and, maybe most amazingly, Milton knows every family tree in the area. Barbershops are disappearing. Many wonder if they will have to go into one of those high-speed, fancy boutiques when Milton retires someday. Maybe there are places to get a faster haircut or a fancier haircut, but at Milton’s, with the stories, the laughing, the regional history and the company, the haircut you receive is just a side-benefit.

‘Winter Wonderland’ — The Madawaska Recreation Department held a “Winter Wonderland’ Day on Feb. 23, 2012. The morning consisted of “Olympic Games” on ice at the indoor skating rink, then hot dogs on the grill at the Four Seasons lodge. Afternoon events were snowshoeing, sledding, snowman building and sled rides with Amy Dionne’s mushing dogs.

A cold front moves through today with scattered showers that will taper off this evening as high pressure builds into the region with partly cloudy skies.
Crown Politics END_OF_DOCUMENT_TOKEN_TO_BE_REPLACED

All five candidates running for two seats on the Fort Kent Town Council gathered at a live question and answer forum.
Our Sponsors END_OF_DOCUMENT_TOKEN_TO_BE_REPLACED