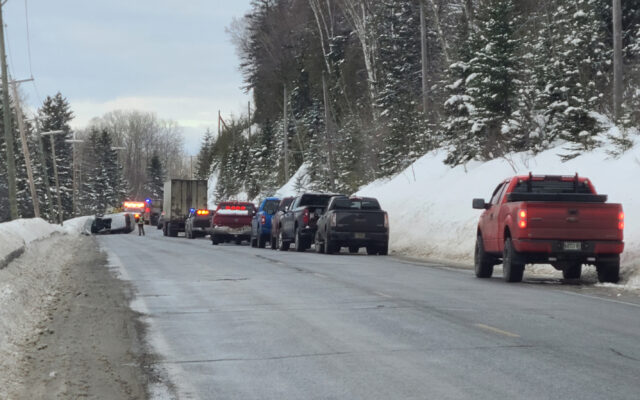 Emily Jerkins, • February 16, 2022
A fatal crash on the town line of Madawaska and Grand Isle that shut down a portion of U.S. Route 1 is still under investigation, though speed may have been a factor.

MADAWASKA, Maine — A fatal crash on the town line of Madawaska and Grand Isle that shut down a portion of U.S. Route 1 is still under investigation, though speed may have been a factor.

Lt. Jamie Pelletier of the Madawaska Police Department said the department responded to a fatal crash involving two vehicles in a head-on collision around 1 p.m. on Feb. 11.

Carol Roy, 56, of Madawaska was westbound on Route 1 in a Honda CRV while another vehicle, a 2008 Toyota Corolla, operated by Vincent Thibeault, 20, also of Madawaska, was eastbound.

The vehicles collided and Thibeault was pronounced dead at the crash site.

Pelletier said an accident reconstructionist was called in and the Madawaska Police Department is contacting potential witnesses.

The computers from both vehicles have been removed for analysis and the cell phones from both drivers are also being analyzed, Pelletier said.

Though the investigation could take up to 30 days, Pelletier said that speed and wet roads may have been contributing factors.

Cloudiness in the region Thursday afternoon along with a slight chance for isolated showers Thursday night and Friday.
Crown Politics END_OF_DOCUMENT_TOKEN_TO_BE_REPLACED