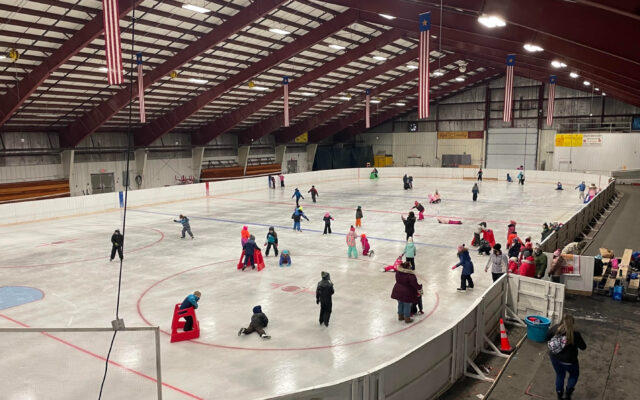 MADAWASKA, Maine — The Madawaska Recreation Department and emergency services personnel are teaming up to create a new event called Police, Fire and Ice.

The event will take place 6-8 p.m. on Friday, Feb. 25, and will feature a cornhole tournament and a tug of war competition between Madawaska’s Police and Fire departments. The event will even have a “Jail & Bail” set up where anyone can pay $1 to put a person of their choice, including police officers, in “jail” for 5 minutes. It will cost another dollar to get the person out of jail early.

Madawaska police Officer Dennis Picard came up with the idea recently after witnessing his two daughters learn to skate at a community skate night that took place at the multipurpose center. Picard said his girls had so much fun that it inspired him to pitch the idea to the recreational department and his superiors.

“I thought it would be a good way for our emergency services personnel here in Madawaska to engage with the community if we would sponsor an event like this,” Picard said.

All proceeds raised in the jail and bail event or through concessions will remain within the rec department for the purpose of establishing scholarships for local youth so they can attend recreation events or go on field trips. All admissions and skate rentals will be free to the public during the event.

Picard said the idea stemmed from an event he went to as a child.

“I just remember that being a nice way to interact with both kids and adults alike,” Picard said. “It’s fun to throw Uncle Jimmy in jail or a friend from school. If it costs $1 to throw them in jail for 5 minutes, it’s fun.”

The event will even be lit with approximately six emergency vehicles including a fire truck, a police cruiser and an ambulance. In addition to the lights, music for the night will be primarily police and fire themed with songs from popular shows dating back to the 1950s.

“The whole goal is to engage in a meaningful way with the kids and the families in the community,” Picard said. “We see a few people in the community repeatedly. It’s nice to have interactions with the greater community that we don’t see as often in our professional roles.”

Cloudiness in the region Thursday afternoon along with a slight chance for isolated showers Thursday night and Friday.
Crown Politics END_OF_DOCUMENT_TOKEN_TO_BE_REPLACED