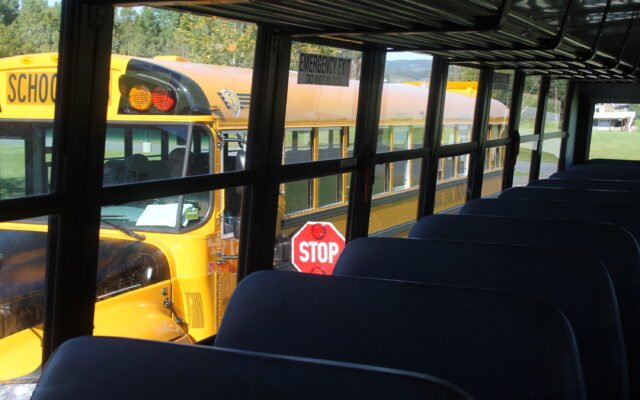 Emily Jerkins, • January 27, 2022
A Fort Kent bus driver has been suspended amid allegations that he verbally abused and used inappropriate language toward children on his bus.

FORT KENT, Maine — A Fort Kent bus driver has been suspended amid allegations that he verbally abused and used inappropriate language toward children on his bus.

A parent complained to Superintendent Ben Sirois Thursday morning after her daughter told her the bus driver had raised his voice and sworn at some of the children on the bus, while pointing his finger at them.

A school district investigation into the driver’s alleged conduct has begun, and he won’t be driving any of the school buses again until SAD 27 has made a determination of what happened, Sirois said Thursday.

“MSAD27 does have a zero-tolerance stance on any inappropriate interactions between staff and students,” Sirois said.

The name of the bus driver was not released.

The parent created a public video on Facebook Wednesday where she urged parents and educators to call the school if they knew about other incidents involving the bus driver.

Cloudiness in the region Thursday afternoon along with a slight chance for isolated showers Thursday night and Friday.
Crown Politics END_OF_DOCUMENT_TOKEN_TO_BE_REPLACED

The Aroostook County Republican Committee will hold their election year County-wide caucus from 9 a.m. to noon on Saturday, Feb. 12, at the Presque Isle Inn & Convention Center.
Our Sponsors END_OF_DOCUMENT_TOKEN_TO_BE_REPLACED