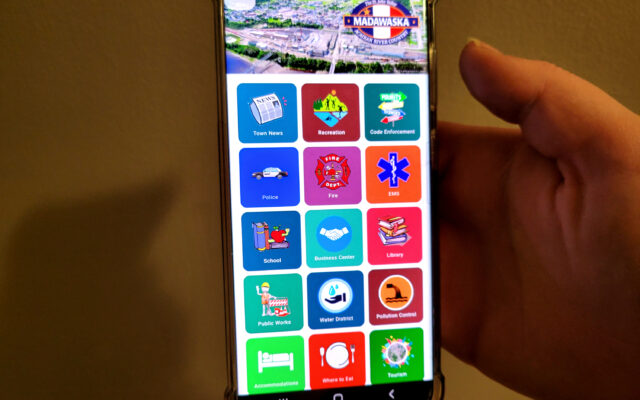 Revisiting the one-stop application for all things Madawaska

Emily Jerkins, • January 21, 2022
Almost a year after its release, the TownOfMadawaska App is still being expanded as the town works to add business information to it.

MADAWASKA, Maine — Almost a year after its release, the TownOfMadawaska App is still being expanded as the town works to add business information to it.

The app made its first appearance in Madawaska’s strategic plan for 2018-2028 and went live March 2, 2021. It was developed by Selectman Jason Boucher and his company, Simple Computers 101, to serve as a hub for town residents and tourists, keeping its users up to date on all things related to the town of Madawaska.

Users of this app could receive notifications on emergency alerts, restaurant hours and specials, recreational events and agendas for town meetings. Any job openings with the town could be found posted within the app.

Since its release, the app did not see many major updates until Madawaska Administrative Specialist and Code Enforcement Officer Denise Duperre started working with the town in July 2021. Duperre started managing the app in December by posting Christmas messages. Now in conjunction with the recreational department and snowmobile club, Duperre said there will be weekly snowmobile trail updates hopefully every Wednesday. These updates can be found on both the recreation and tourism pages on the app.

“We’re kind of hoping that by publishing Madawaska trail reports in there that people will start using the app for more than just finding out when there is a town meeting.” Duperre said.

Duperre’s next steps are to get more businesses in town educated on the app so that they may upload their own hours and specials.

“It’s totally free to them.” Duperre said. “One of my goals is to reach out to them and show them the ease of using it, and to get them into the routine of posting or updating their information on the app. Daily specials, different hours, closed on Tuesday … things like that.”

Duperre hopes that with a little bit of outreach that everything you may need to know about the town can be found all in one place whether it is related to local law enforcement, restaurants, stores, recreation centers or other areas of interest.

One of the app’s most promising abilities is keeping the community up to date with posts on local events like nearby rabies clinics.

“We have been seeing a lot of people on Facebook talking about needing to register their dogs but are unable to take their dog to the vet,” Duperre said. “So we found out Fort Fairfield is having a clinic on Friday. Just things like that when we find information and can help the public out. Our goal is to make it as informative as possible.”

Town Manager Gary Picard said the app is just the bare essentials at this point but is encouraged by the work and ideas that Duperre has brought to the table.

“It works well for us and we will use it on a more routine basis going forward,” Picard said.

The app was met with a little opposition upon its initial release as some were concerned that the it would be inaccessible to older generations, in addition to the application’s potential inability to create jobs.