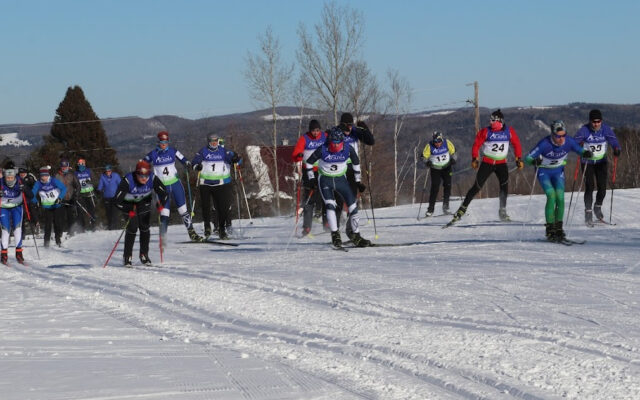 Emily Jerkins, • January 19, 2022
Nordic skiers were met with a sunny Sunday ideal for hitting the trails of Madawaska’s Four Seasons for the annual Deprey Classic and one family came for the gold.

MADAWASKA, Maine — Nordic skiers were met with a sunny Sunday ideal for hitting the trails of Madawaska’s Four Seasons for the annual Deprey Classic and one family came for the gold.

Named after 92-year-old Reno Deprey, one of the founding fathers of Madawaska’s Nordic trail systems who now resides in Alaska, the Deprey Classic resurfaced this year after a three-year hiatus.

Madawaska’s Deprey Classic was the first of the now-dissolved Aroostook Cup which had five races each held at different Aroostook County venues. Now a stand-alone race, the Deprey Classic provides two distance options, 5km or 10km, for racers. Once registered, skiers may choose any style in which to skate for the duration of their race. 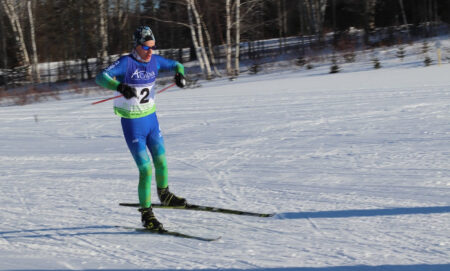 Luke Streinz was the first to reach the finish line for the 10km race in the Deprey Classic in Madawaska on Jan. 16, 2022. (Courtesy of Gina Jendreau)

A cold night with temperatures at minus 13 degrees and winds of 40 mph forced groomers to wait until early morning before taking off for the trails, according to Four Seasons Trail Association website manager Gina Jendreau.

As the day went on, the temperature began to peak just above 5 degrees, winds mellowed out and the sun shone brightly over clear skies creating comfortable conditions for the 22 race participants.

Caribou brothers Luke and Caleb Streinz took first and second places, respectively, in the 10km event for men, with Luke coming in at 30 minutes and 49 seconds and Caleb at 32 minutes 23 seconds. Their sister Lydia Streinz was the fastest woman in the 10km race with a time of 38 minutes and 4 seconds. 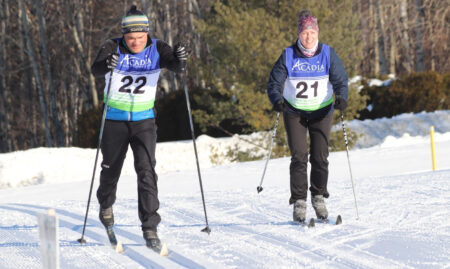 Robert (left) and Sonya (right) Poiesz of Madawaska approach the finish line of the Deprey Classic in Madawaska on Jan. 16, 2022. (Courtesy of Gina Jendreau)

Though Deprey Classic racers will no longer move on to the next race in the Aroostook Cup, their athleticism did not go without reward. Julie Cyr-Raider with Nutritious Skin of St. David provided commemorative race soaps decked out with birch trees and the image of a person skiing under the words Deprey Classic as prizes for those who competed. 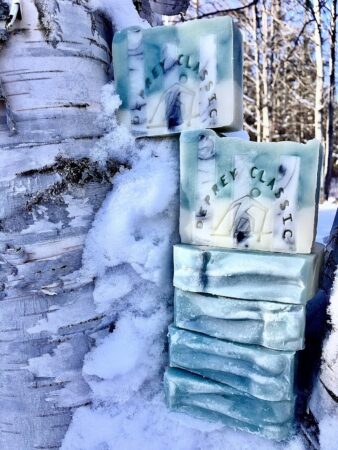 Racers in the Deprey Classic received commemorative soaps made by Julie Cyr-Raider with Nutritious Skin as prizes. (Courtesy of Gina Jendreau)

Cloudiness in the region Thursday afternoon along with a slight chance for isolated showers Thursday night and Friday.
Crown Politics END_OF_DOCUMENT_TOKEN_TO_BE_REPLACED

The Aroostook County Republican Committee will hold their election year County-wide caucus from 9 a.m. to noon on Saturday, Feb. 12, at the Presque Isle Inn & Convention Center.
Our Sponsors END_OF_DOCUMENT_TOKEN_TO_BE_REPLACED