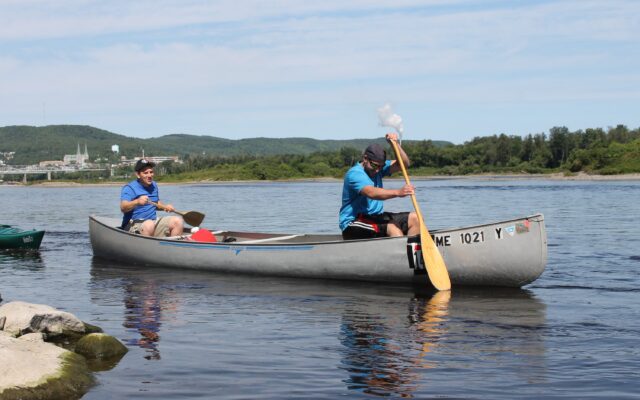 The Year in Sports — July through December, 2021

Contributed • January 3, 2022
The second-half of 2021 showcased the talents of St. John Valley athletes in golf, football, cross country and soccer. It also featured many poignant stories where success was not found on a scoreboard.

Editor’s Note: The following is the second of two articles highlighting some of the top sports stories from 2021. This article highlights events from July to December. The first installment appeared in the Dec. 29 issue.

The second-half of 2021 showcased the talents of St. John Valley athletes in golf, football, cross country and soccer. It also featured many poignant stories where success was not found on a scoreboard.

Eagle Lake Board of Selectmen hired a summer recreation director and approved plans for the rec program to offer a variety of outdoor activities for children. The new program included arts and crafts and sports and selectmen discussed possibly adding a boat ride on Eagle Lake, a picnic at Hedgehog Mountain, a tour of Northwoods Nectar, a movie at Century Theater in Fort Kent and an educational walk in the woods.

Competitors came together for the seventh annual Greater Grand Isle Flatwater Canoe and Kayak race. The race takes place over 10 miles from the Madawaska Boat Landing to the Boat Landing in Grand Isle. Participants were cheered on by organizers and were met with a cookout at the finish line.

Fort Kent High School and University of Maine at Fort Kent graduate Thomas Enerva  joins as center for the Midcoast Sternmen, a Professional Basketball Association team based in Rockland. Enerva played under coach Tom Bird at UMFK for the 2017-2018 season, who he ran into at an open tryout for the Sternman.

Madawaska mom, Barb Pineau-Robinson, surprised her daughter, Grace Robinson, with a hike through the Hundred Mile Wilderness on  her sweet 16. Though both look back at the experience now with varying degrees of fondness, neither wants to go hiking again any time soon.

A Presque Isle man caught five of the winning fish, including first place for the tournament, in the 2021 Fort Kent International Muskie Derby. Scott Haggerty took first place in the annual tournament with a 46 ⅜-inch muskie weighing in at 25 pounds, 6 ounces. He also caught the fourth, eighth, ninth and 13th largest muskies for a total of $3,600 in prize money. 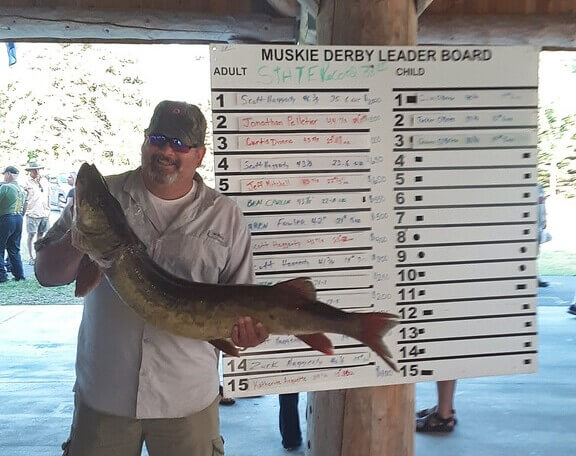 The 31st annual Tour de la Vallee raised $13,000 with $5,000 from pledges and the rest from sponsorships and donations. The event invites bicyclists, walkers and runners to raise pledge money in exchange for participating in bicycle courses as well as foot races. Proceeds from the event are donated to help local people who are battling cancer.

Joey, Ken, and Ralph Dumond of Van Buren raised $600 to create a  new welcome sign  on the edge of town along Route 1. The new sign includes  plaques for each of Van Buren’s state championship teams going back to the town’s first basketball championship win in 1977. 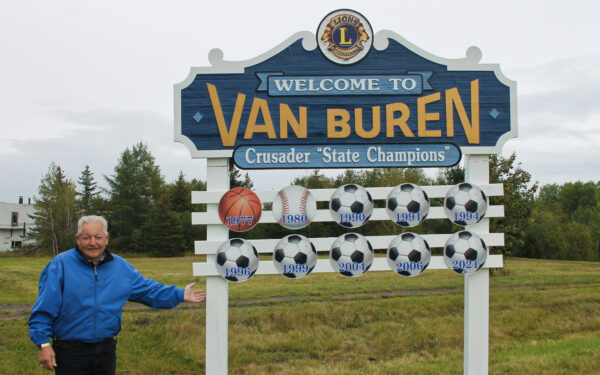 Student athletes from three Aroostook high schools with too few players to form golf teams met up for a match that was about competing with their personal best scores rather than with one another. Madawaska and Fort Kent had two players per school, and Hodgdon only three players, which does not meet Maine Principals Association’s requisite minimum of four players. The three teams worked on their individual scores at a meet in Fort Kent.

Dozens of athletes from northern and central Maine high schools competed at Caribou’s invitational cross country meet. Presque Isle, Maine School of Science and Mathematics, Ellsworth, Foxcroft, Old Town and Fort Kent all participated, but did not have enough runners to score as a team.

A Madawaska soccer player was received with enthusiasm by his fellow team members when he returned from having knee surgery at Children’s Hospital in Boston. Cameron Migneault sustained injuries in a downhill ski accident, but still supported the Owls on the sidelines during the fall soccer season. 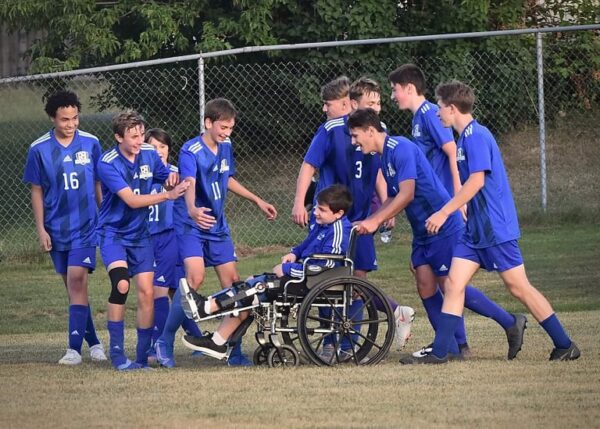 Childhood friends coming up in age showed some fortitude when they bicycled more than 600 miles together from Kittery to Fort Kent. Alain Ouellette and Norman Guerette were both 67 years old when they made the journey.

Wisdom Middle/High School junior Abbie Lerman scored her 100th soccer goal during her team’s last regular season game. Lerman has been captain of the Wisdom soccer team since her freshman year and also participates on the school basketball and softball teams. 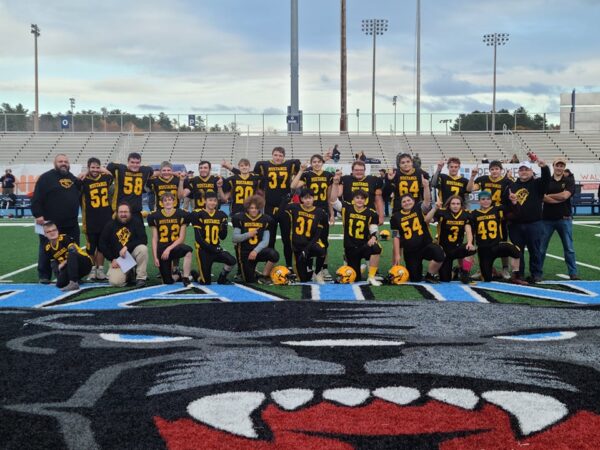 The St. John Valley Mustangs defeated the Berlin Gladiators of New Hampshire to win the 2021 Maine Independent Football League Championship. The championship game was held at Alfond Stadium in Orono, home of the University of Maine Black Bears.

The Fort Kent Warrior boys did not achieve their goal of winning the Class C soccer crown, falling to Waynflete in the state championship. Although the Warrior boys narrowly missed their goal, Coach Kalusha Kotes said the team’s greatest accomplishment was in how they bonded with one another and grew as soccer players and human beings throughout the season.

Long Lake Ice Fishing Derby organizers announced a few changes for the 17th inception of the fundraising tournament, which will be held in January. Updates include a new app to allow anglers to keep track of who’s ahead without leaving the ice and an additional weigh station in Eagle Lake.

Wisdom Middle/High School girls varsity soccer coach Peter Clavette was named North Coach of the Year by Maine Soccer Coaches. In only two seasons coaching the varsity girls, Clavette led the Pioneers to a Class D North championship and to an Aroostook League Division II championship, a modified playoff format last year due to the pandemic. 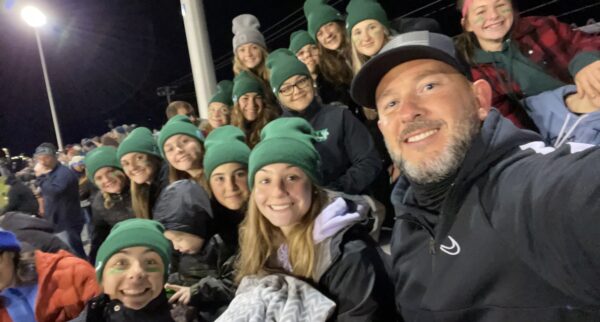 ST. AGATHA, Maine — December 10, 2021 — Wisdom Middle/High School girls varsity soccer coach Peter Clavette has been named North Coach of the Year by Maine Soccer Coaches. Here, Clavette was making a “selfie” photo of he and his team scouting the competition during a playoff game between Madawaska and Fort Fairfield. (Credit: Courtesy of Peter Clavette)

The Maine Soccer Coaches organization named Wisdom Middle/High School senior Carter Pelletier as Class D Player of the Year for the 2021 season. Wisdom varsity boys soccer coach Dom Rossignol said Pelletier is not only an exceptional athlete, but a quality human being as well.

Organizers of the Acadia Pond Hockey Classic donated funds raised from the event to four minor hockey organizations. Chairman Dean Collin said the purpose of the annual event is to lessen the financial burden of training equipment, clinics and registration costs for the youth of the greater St. John Valley area.

Canadian high pressure building down from the northwest sends us some more frigid air for the late week period.
Crown Politics END_OF_DOCUMENT_TOKEN_TO_BE_REPLACED

Three candidates are vying for two seats on the Fort Kent Town Council. Voters will decide which of the three -- Corey Pelletier, Brandon Dayton or Andrew Caron -- will get a seat during the town’s annual election on Monday, March 22.
Our Sponsors END_OF_DOCUMENT_TOKEN_TO_BE_REPLACED