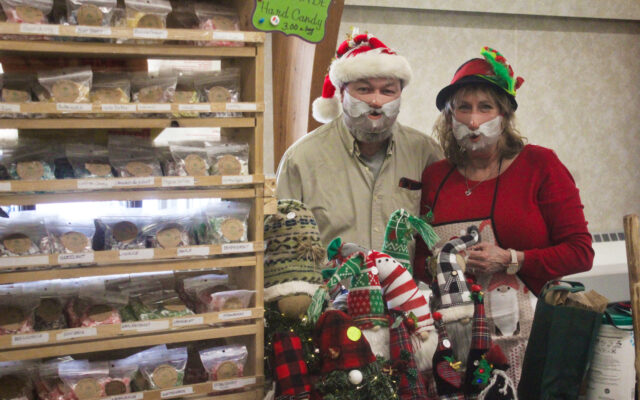 Looking back on the top business stories from the St. John Valley Times — July to December, 2021

Contributed • January 3, 2022
The second half of 2021 proved positive overall for business in the St. John Valley. Many new businesses emerged, a few closed their doors and others were recognized for their contributions to the community.

Editor’s Note: The following is the second of two articles highlighting some of the top business stories from 2021. This article highlights events from July to December. The first installment appeared in the Dec. 29 issue.

The second half of 2021 proved positive overall for business in the St. John Valley. Many new businesses emerged, a few closed their doors and others were recognized for their contributions to the community.

A Fort Kent seventh- and eighth-grade math teacher started up her own business as a food cart operator. The Hot Dog is a traveling business that specializes in red and brown hot dogs, along with a choice of traditional hot dog toppings from ketchup and mustard to chili and sauerkraut. 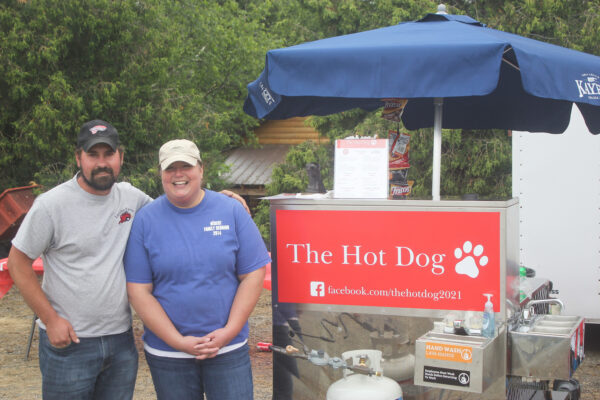 A new pet grooming business opened on Main Street in Madawaska with a focus on client’s needs by facilitating new cuts, treatments and styles. Owners Temika Rafford and Nanette Levasseur were also looking into adding a day-care aspect to their business so that clients could have an easier time fitting a groom into their schedule.

A committee to consider the future of broadband in Aroostook County formed after a late-June meeting between representatives from local businesses and government. The committee aims to evaluate and figure out how to expand high-speed internet access. 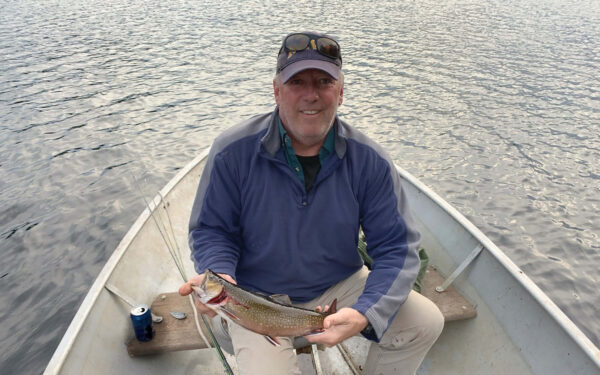 Rep. Jared Golden led a successful campaign to shoot down an amendment that would have threatened jobs at the Twin Rivers Paper Mill. The amendment would have made e-labels rather than paper information the norm for prescriptions. Twin Rivers, which is a major manufacturer of prescription paper, would have seen significant job loss as a result of the amendment.

Long Lake Sporting Club closed its doors to the public after 50 years of service. The Martins thanked their clientele over the years but said they “need a break,” after so many years of operating the business.

Andriolf’s Game Supply opened in Fort Kent for game enthusiasts of all shapes and sizes. AGS primarily focuses on card games like Pokemon or Magic: The Gathering, but offers a variety of other games ranging from tabletop to video. AGS will even buy and sell old or used video game equipment.

St. Peter’s Country Store on Route 161 in Cross Lake Township went under new ownership. California native Marcie Wilde now calls the shots but wants to keep the tradition and spirit of the store alive for all outdoor enthusiasts who stop at this beloved 120-year-old establishment. 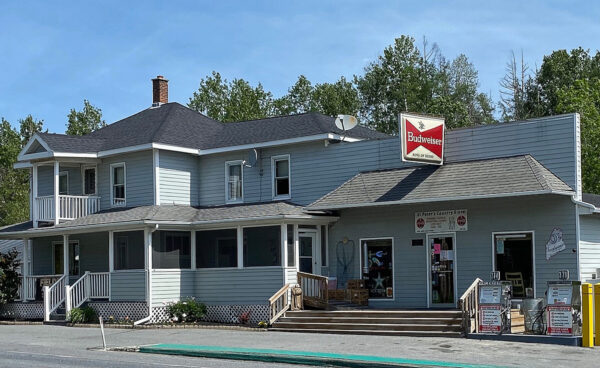 The 2021 Greater Fort Kent Area Chamber of Commerce Scarecrow Festival parade made a comeback after the pandemic. Despite the rain, the parade had approximately 20 entries, not including those for the business decorating contest, and parade goers still turned out to watch as community members competed with this year’s theme: Hometown Heroes.

Troy Pelletier of Fort Kent taught himself taxidermy after the person who used to preserve the game from his hunts retired. Big game brings big tourism to Maine, to the tune of $6 billion and 35 million visitors. Much of this industry is concentrated in the densely wooded areas of Aroostook County, where only a handful of taxidermists practice their craft.

A Fort Kent Community High School student turned her love of animals into the start of a career when she opened her own pet grooming business. Mackenzie Corriveau launched Kenzie’s Spa 4 Paws after taking an online pet grooming class and job shadowing with others in the pet grooming trade.

St. John Valley Chamber of Commerce Director Sharon Boucher resigned from the position to take care of her elderly mother. Boucher had a less than traditional tenure at the St. John Valley Chamber, as the majority of her two years were spent grappling with the effects of COVID-19 on the community.

The Fish River Rural Health health care center in Madawaska received funding for a new generator. The generator was funded by a $200,000 federal grant which Sen. Susan Collins championed.

Frank Martin Sons Inc. showed support for military troops and veterans while also raising funds for local students to attend college. Employees of the business were able to wear red shirts on Fridays in honor of troops and veterans, and customers could purchase red shirts, the proceeds of which were donated to a scholarship fund made available to Fort Kent Community High School seniors. 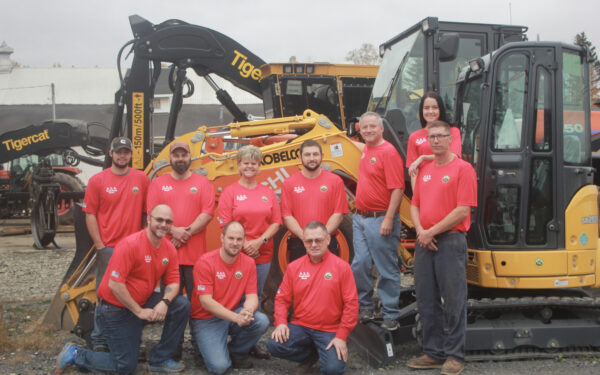 Tyra’s Pooch Parlor moved storefronts to a larger Frenchville building and expanded to include a fenced-in outdoor dog park – the only dog park in the St. John Valley. Owner Tyra Michaud purchased the building located at 38 U.S. Route 1 in Frenchville with her own money, earned from the success of her business, which was previously located on Pelletier Road.

The business community in Madawaska took another blow when Dollar Tree announced it would be closing up shop in the town. The business announced its closure just weeks after the local McDonalds was shuttered to make room for the new Madawaska land port of entry on the Canadian border.

Fort Kent businesses gave back to the town by way of a Community Cause campaign in which they donated funds to local projects not covered by the town budget. Fort Kent public works, recreation department, police department and fire department all benefited from the goodwill.

Versant Power residential customers who receive standard offer service learned they could expect an increase of about 84 percent in their supply rates effective Jan. 1. The new price amounts to an increase of about $25 per month on the total bill for an average customer using 500 kWh/month, or an increase from about $79 to about $105.

After months of renovation, the Long Lake Country Club announced its doors would soon open to the public. The golf course and restaurant would serve pizza for the first time and feature a new kitchen. 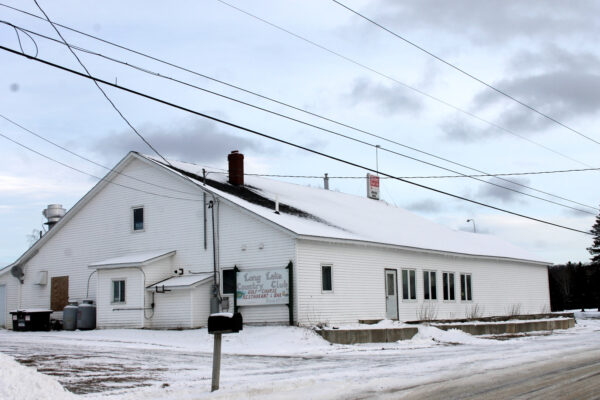 The first Fort Kent Festival of Trees sponsored by the Fort Kent Lions Club was more successful than organizers imagined. The Lions sold more than 24,000 tickets and plan to bring the event back next year.

Community members and a Fort Kent business teamed up to bring some much needed holiday happiness to people living in northern Maine nursing homes. Nikki Shields Agency sponsored “Santa For Seniors,” which provided gift bags to 48 residents of a dozen nursing homes from Fort Kent to Brewer.

Three candidates are vying for two seats on the Fort Kent Town Council. Voters will decide which of the three -- Corey Pelletier, Brandon Dayton or Andrew Caron -- will get a seat during the town’s annual election on Monday, March 22.
Apex Weather END_OF_DOCUMENT_TOKEN_TO_BE_REPLACED

High pressure will build across the SJV today though low-level moisture trapped underneath drier air higher aloft will keep plenty of clouds over the region. A weak area of low pressure and associated fronts will approach from the Great Lakes later today with snow showers overspreading the Valley this evening.
Our Sponsors END_OF_DOCUMENT_TOKEN_TO_BE_REPLACED