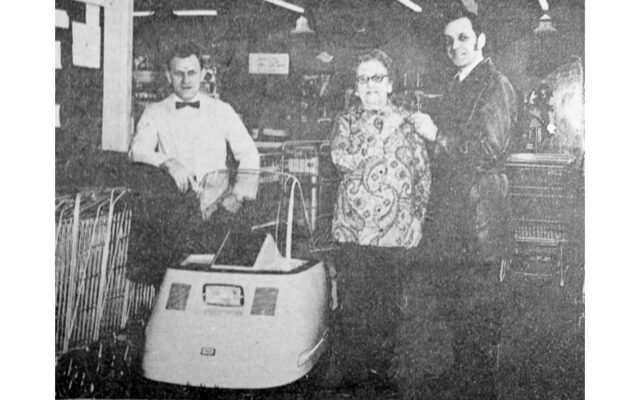 Contributed • December 23, 2021
50 Years Ago -- Dec. 23, 1971    Promoted to state Guard captain  -- Gabriel Dugal was promoted to the rank of captain in the Maine State Guard. Captain Dugal is commander of Company B, 2nd battalion, 314th group, which is stationed in Madawaska.

Promoted to state Guard captain  — Gabriel Dugal was promoted to the rank of captain in the Maine State Guard. Captain Dugal is commander of Company B, 2nd battalion, 314th group, which is stationed in Madawaska.

He entered the Guard in February 1968 as a squad sergeant and was later appointed 1st sergeant of Company B, which rank he retained until he received his commission as 2nd lieutenant in October 1969. In October 1970 he was promoted to 1st lieutenant. Captain Dugal was a Korean veteran with two years overseas service in the U.S. Army.

Teachers start holidays at Pete’s — Pete’s Maple Grove rang with Christmas music and dance as 80 teachers and guests enjoyed a holiday party sponsored by the Northern Aroostook Teachers’ Association of SAD 27 on a Friday evening in December 1971. The festivities began with dancing to the sounds of the “Rhythm Kings.” Then, after midnight, the group moved to the Pink Room, where Pete’s crew had prepared a “smorgasbord” feast.

Fraser announces shutdown — Fraser Papers has announced its Madawaska mill will shut down from Dec. 21, 1996, to Dec. 30, 1996, due to a “soft” paper market. “We’re not at a point where we can predict” what impact Tye-sil, the Quebec-based company coming soon to Madawaska, will have on sales for Fraser,” said Richard Marston, public relations spokesperson at the Madawaska mill. The decision to shut down is always made locally, involving input from sales and the management in Edmundston, New Brunswick, according to Marston. No permanent layoffs are projected in view of the soft paper market, according to Marston.

Albert’s artwork featured — The exposition at the Meet Our Colors art gallery, which began Jan. 6, 2011, featured painter Grace Albert of Birch Point. Albert attended UMFK late in her life, earning a bachelor of science in business management and a minor in art while at UMFK. In 1992, Albert taught art at the Madawaska High School while she was on a sabbatical, to further her art expertise with a master’s degree.