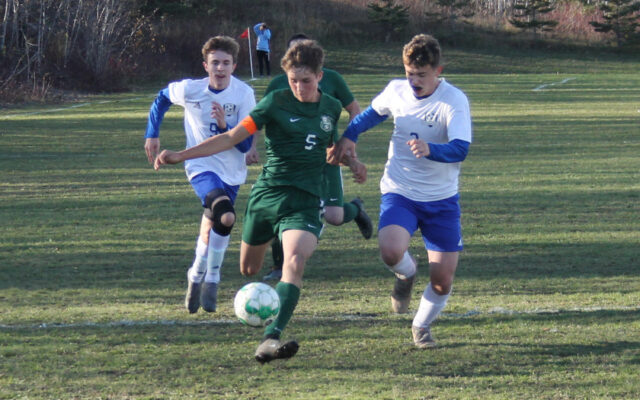 “It was definitely a big surprise but it felt good knowing that I ended my high school (soccer) career with this award,” Pelletier said. 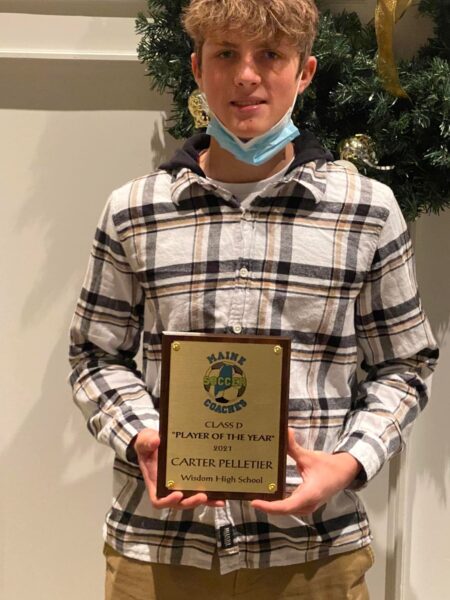 The 17-year-old athlete was first introduced to soccer at 4 years old through the Fort Kent recreation program.

Carter’s brother Camden Pelletier also played on the Pioneers team this year. The formidable duo helped propel Wisdom to a highly successful 15-3 season that culminated in a trip to the Class D North finals.

Wisdom varsity boys coach Dom Rossignol said Pelletier could not be more deserving of being honored by the Maine Soccer Coaches.

“He was a terror on defenses all year, amassing 35 goals and 14 assists over 17 games. As a coach, it makes things a lot easier when your best player is your hardest worker, and Carter was just that, always leading by example,” Rossignol said.

Rossignol said Pelletier is not only an exceptional athlete, but a quality human being as well.

“Believe it or not, he’s as humble as he is talented, never expecting any of the ‘star treatment’ by his coach or teammates, going through every training session as though he’s trying to earn a spot on the team, and demanding the same from his teammates,” Rossignold said.

Jonathan “J.J.” Roy coached Pelletier in middle school and on a St. Agatha recreation department team. He described Pelletier as “a coachable kid with raw talent and a love for the game.”

Pelletier said that Roy, his other coaches and teammates over the years, his parents and brother Camden have helped to shape him into the soccer player he is today.

“I just want everyone that has helped me along the way to know that I am grateful for them and that I couldn’t have done it without them,” Pelletier said.

As well as being a gifted soccer player, Pelletier stands out on the varsity basketball and baseball teams, and is a member of the National Honor Society.

After graduation Pelletier plans to attend college where he will study business administration. Carter Pelletier is the son of Ryan D. Pelletier and Liza Pelletier.

Maine’s longest serving legislator, Martin was first elected to the Maine House of Representatives in 1964 when he was 23.
Our Sponsors END_OF_DOCUMENT_TOKEN_TO_BE_REPLACED