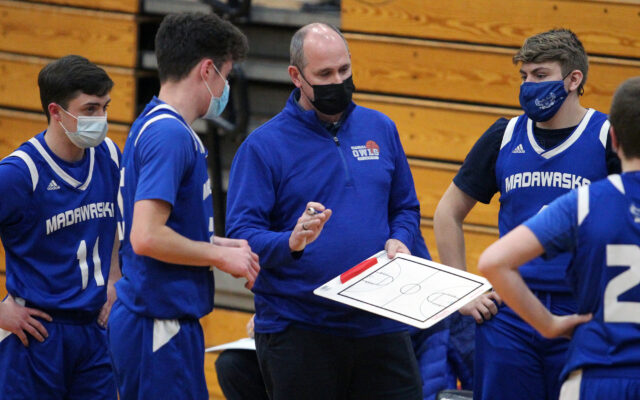 Jessica Potila, SJVT / FhF Staff Writer • December 6, 2021
A seasoned youth sports coach with 25 years of experience in the field of municipal recreation, Dean Gendreau has been named director of the Van Buren parks and recreation department.

VAN BUREN, Maine — A seasoned youth sports coach with 25 years of experience in the field of municipal recreation, Dean Gendreau has been named director of the Van Buren parks and recreation department.

Gendreau, 51, graduated in 1988 from Van Buren High School where he developed his love for sports as an athlete who participated in soccer, basketball and baseball.

He attended University of Maine at Machias where he earned a bachelor’s degree in recreation management.

Gendreau has previously served as recreation director in Madawaska, Easton and Old Saybrook, Connecticut, and most recently worked at Madawaska Middle/High School as a custodian.

This fall, he filled in organizing the Van Buren recreational soccer program, which sparked his interest in returning to the recreation field full time.

“I got the itch to go back into working with the community,” Gendreau said. “I like being involved in coaching and sports and stuff like that.”

Gendreau never really left serving the sports community, as he has served for many years as a soccer and basketball coach at the high school level.

He is currently coach of the Madawaska Owls boys varsity basketball team.

His new position as Van Buren recreation director began at a time when rising numbers of COVID-19 cases limited community participation in public sports programs. Van Buren District School has been in a remote learning model since a week before Thanksgiving.

Gendreau is taking this time to get situated and organized, he said. He is planning rec department programs and is focused on opening the town’s outdoor ice skating rink.

He looks forward to implementing youth sports programs that involve interaction with recreation programs in surrounding communities, including “round robin” events where children compete with one another for fun, once COVID-19 dissipates.
.
Gendreau is also working on plans for recreation programs designed for senior citizens.

“We want a well-rounded department with something for all ages,” Gendreau said.
In his free time, Dean Gendreau enjoys spending time with his family, including his wife of 25 years, Megan Gendreau and their three sons.

The Gendreaus have two dogs and a cat.

Canadian high pressure building down from the northwest sends us some more frigid air for the late week period.
Crown Politics END_OF_DOCUMENT_TOKEN_TO_BE_REPLACED

Three candidates are vying for two seats on the Fort Kent Town Council. Voters will decide which of the three -- Corey Pelletier, Brandon Dayton or Andrew Caron -- will get a seat during the town’s annual election on Monday, March 22.
Our Sponsors END_OF_DOCUMENT_TOKEN_TO_BE_REPLACED