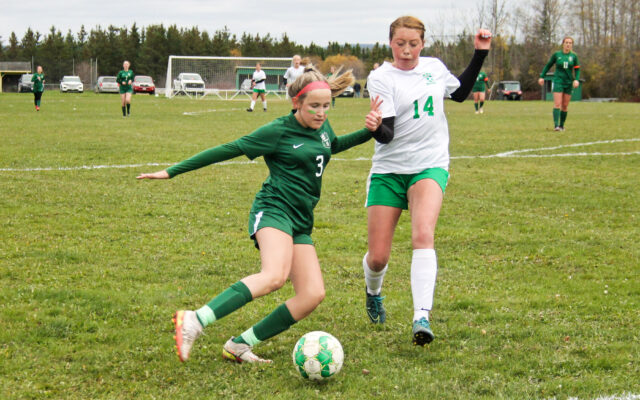 The Class D top-seeded Pioneer girls have been dominant this season, and now move to a 14-2 record. Eighth-place Schenck finishes 7-5-1. The Pioneers will now face the Madawaska Owls, whom they have beaten once this year.

Wisdom charged into the game Wednesday with two back-to-back goals from Olivia Ouellette. Abbie Lerman came around to net the next goal off an assist from Lilly Roy, before Ouellette finished the half with another goal to put the Pioneers up 4-0 at halftime.

In the second half, Lerman scored a first goal off an Ouellette assist, and then Lilly Roy secured the final goal of the game, and the shutout victory.

Head coach Peter Clavette was ecstatic with his team’s performance.

“We’ve fallen into a pretty decent groove the last five or six games where we’ve executed our game plan and the girls just played amazing,” he said. “It’s a blue-collar team. They come out and they work hard. They train hard … but they don’t take themselves too seriously.”

After the game, the Schenck team began the long trek back to East Millinocket. While head coach Michelle Hatch was disappointed to see the season end, she was proud of the team and the progress its less experienced players made during the year. After seven years of coaching, she’s retiring from the position this fall.

“I don’t know if it was the long ride, the cold weather — I don’t know what it was but it wasn’t our best game. But [Wisdom is] a quality team,” she said. “It has been one of my favorite seasons. This group of girls has just been the best.”

Both Wisdom teams have now advanced to semifinal play, and after the last whistle in St. Agatha on Wednesday, some members of the crowd stayed behind, huddled around a live stream of the Bangor Christian versus Machias game that would decide the boys’ next opponent. Bangor Christian won 4-3.

“It’s pretty sweet for this community,” Clavette said. “The boys just really started coming on this year as well, too and just playing strong. It’s a great story for the school.” 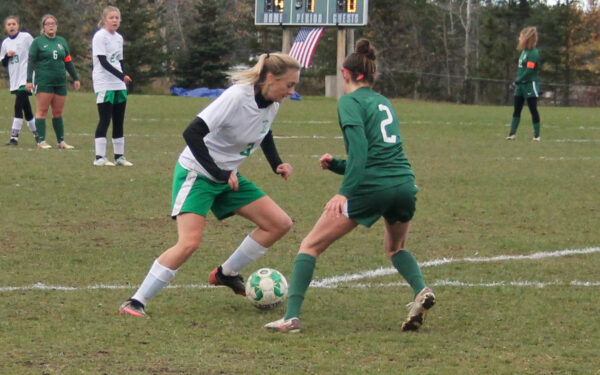 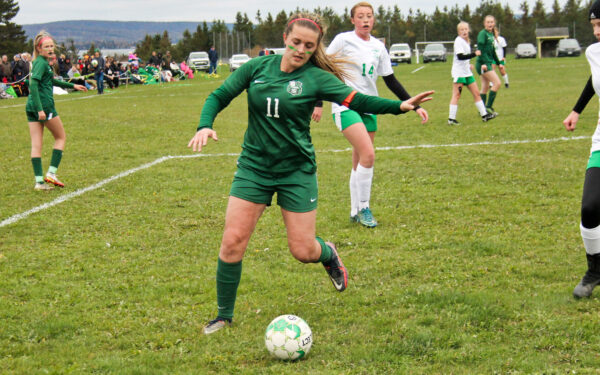 Wisdom’s Olivia Ouellette prepares to cross the ball in front of Schenck’s net. The Pioneers won 6-0 Wednesday afternoon, and Ouellete led scoring with three goals in the first half and two assists in the second. (Hannah Catlin | St. John Valley Times)

Three candidates are vying for two seats on the Fort Kent Town Council. Voters will decide which of the three -- Corey Pelletier, Brandon Dayton or Andrew Caron -- will get a seat during the town’s annual election on Monday, March 22.
Apex Weather END_OF_DOCUMENT_TOKEN_TO_BE_REPLACED