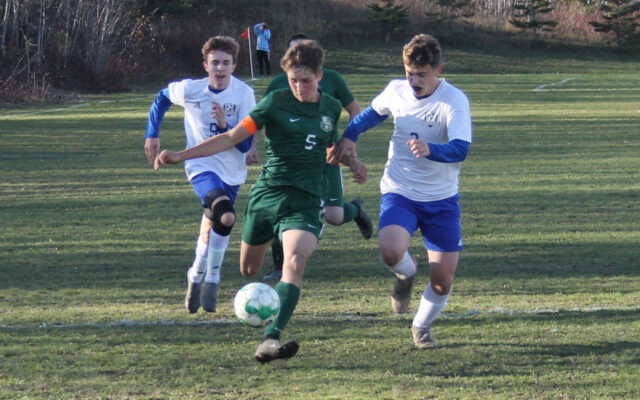 Hannah Catlin • October 27, 2021
The Wisdom boys took a 2-1 victory at home against Madawaska Tuesday afternoon, in what was a tense Class D North quarterfinal between the high ranking, neighboring teams.

ST. AGATHA, Maine — The Wisdom boys took a 2-1 victory at home against Madawaska Tuesday afternoon, in what was a tense Class D North quarterfinal between the high ranking, neighboring teams.

No. 4 Wisdom (14-2 overall) now faces the winner of Wednesday’s No. 1 Bangor Christian (13-1-2) versus No. 9 Machias (9-5) contest.  If Machias wins, Wisdom will host the semifinal. If Bangor Christian wins, the Pioneer will be on the road Friday. The fifth seeded Owls finish their season with an 11-4-1 record.

Tuesday’s game began with a first-half shutout in Madawaska’s favor. A shot from Brady Gagnon landed in the net less than 10 minutes into the game, and from there the Owls were able to defend their half and control the ball well, preventing excessive shots on net.

In the second half, however, the Pioneers came back with a vengeance. Kaden Daigle landed Wisdom’s first goal just five minutes into the half. From there, the offense kicked into gear, largely keeping the game on Madawaska’s half and taking a number of close shots on net.

Owls goalie Chris Bouchard put in a strong performance, and Madawaska tried to rally late in the game with several near-scores.

Wisdom Coach Dominique Rossignol said he was thrilled with his team’s performance. While the Pioneers have led most of their victories throughout the season, and were a bit shocked by going down in the first half, Rossignol said he had no doubt the rally was coming.

“We’re just warriors, we just don’t quit,” Rossignol said. “I just have way too much character on that team to do anything other than believe they were going to come back and turn that around.”

Rossignol was particularly thrilled by Daigle’s performance. Daigle was the team’s goalkeeper coming into the season, but lost the position early after missing several games due to COVID-19. Daigle scoring the game tying goal was evidence of his commitment to his team despite difficult circumstances, Rossignol said.

It was a difficult loss for the Owls, who have been dominant this season driven by strong offensive performances and ball control up and down the field. The vast majority of Madawaska’s players will return next year, with only one graduating senior leaving the team.

“They played well today. Either team could have won that at any point,” Madawaska Coach Ben Gagnon said. “Next year’s looking bright.”

This article has been updated to fix errors in who scored goals for Wisdom and who their opponent will be in the semifinals. 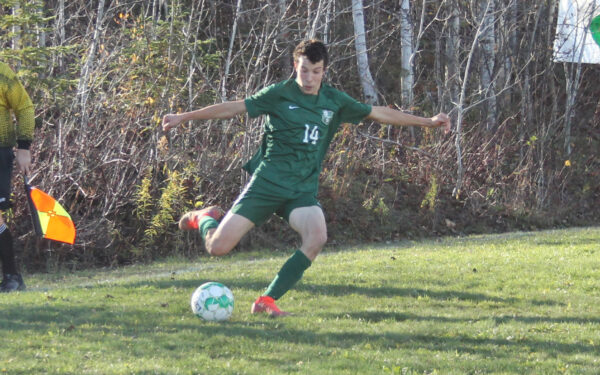 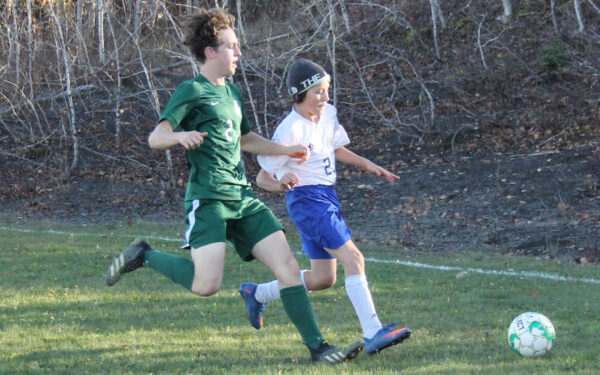 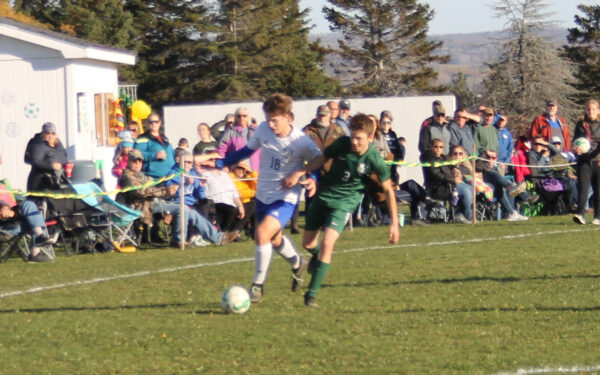 Three candidates are vying for two seats on the Fort Kent Town Council. Voters will decide which of the three -- Corey Pelletier, Brandon Dayton or Andrew Caron -- will get a seat during the town’s annual election on Monday, March 22.
Apex Weather END_OF_DOCUMENT_TOKEN_TO_BE_REPLACED