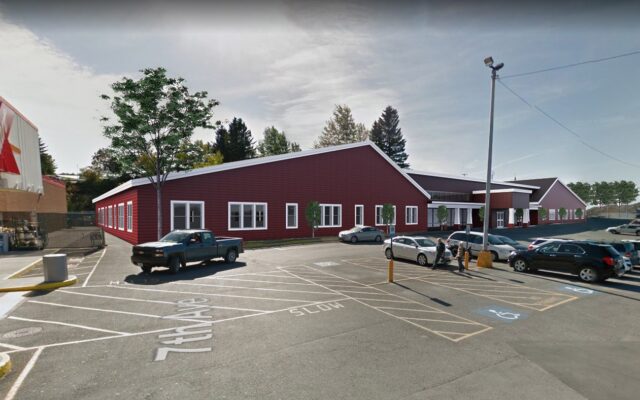 Hannah Catlin • October 19, 2021
Fish River Rural Health is no stranger to power outages, but it’s hoping to keep the lights on all winter at the new Madawaska health care center thanks to a generator funded by a $200,000 federal grant.

MADAWASKA, Maine — Fish River Rural Health is no stranger to power outages, but it’s hoping to keep the lights on all winter at the new Madawaska health care center thanks to a generator funded by a $200,000 federal grant.

The money is in the most recent wave of appropriations bills, which the U.S. House and Senate will vote on later this year.

Fish River’s current Madawaska clinic is its only facility without emergency back-up power.

Long-term power outages don’t come all that often, Executive Director Heather Pelletier said, but when they do they can derail the clinic’s entire day. Without access to most equipment, phones and lights, very few practitioners can continue as usual. Only therapy appointments — in rooms with big windows — might be able to go on, Pelletier said.

Earlier this year, an outage during winter weather left patients waiting in dentists chairs and on physicians tables hoping the electricity would come back. When it didn’t, Fish River had to cancel an entire afternoon of in-demand appointments.

“That cancelled appointment, I most likely don’t have another rescheduling window that week,” Pelletier said.

Beyond inconvenience, losing power in a medical facility can be dangerous. Fish River has to have contingency plans to protect its vaccines — like the COVID-19 and influenza shots. It has temporary cold storage boxes onsite, but any long-term power outage would require staff to transfer the vaccines to other, generator-powered refrigerators.

“Right now, that’s kind of easy to do. But typically when you lose power, it’s a snow storm,” Pelletier said. “I’m putting an employee on the road, in bad road conditions, to save vaccines. It’s not a great plan — a generator solves that.”

In the next several months, Fish River will finalize designs and begin work on its new facility on Main St. in Madawaska. The project is slated for a long-vacant strip mall in the downtown area, and will need to be built from the ground up.

Generators are expensive, Pelletier said, and the grant will go a long way toward making the new facility the best it can be.

In congress, Sen. Susan Collins championed Fish River’s proposal among 106 other Maine projects that won a spot in this year’s appropriations. The Senate is expected to vote on the bills in December, Collins’ press secretary Christopher Knight said, but extensions could push the date back further.

“Mainers in all parts of the state should be able to receive the vital health care services they need without interruptions from power outages, which jeopardize their access to care,” Collins said.

A cold front moves through today with scattered showers that will taper off this evening as high pressure builds into the region with partly cloudy skies.
Crown Politics END_OF_DOCUMENT_TOKEN_TO_BE_REPLACED

All five candidates running for two seats on the Fort Kent Town Council gathered at a live question and answer forum.
Our Sponsors END_OF_DOCUMENT_TOKEN_TO_BE_REPLACED