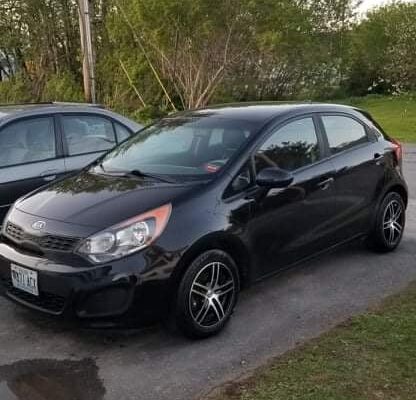 Jessica Potila, SJVT / FhF Staff Writer • October 1, 2021
A car stolen from a Fort Kent driveway was found in Massachusetts nearly a week after it went missing.

FORT KENT, Maine — A car stolen from a Fort Kent driveway was found in Massachusetts nearly a week after it went missing.

The car had been parked on the street for several days.

“Massachusetts police looked at it and observed the Maine plates,” Albert said. “We had put a file out stating the vehicle was stolen.”

The Kia was stolen from a driveway on Audibert Street at around 4 a.m. on Tuesday, Sept. 21. The keys were located within the car, but not where they could be easily found.

Crystal Michaud, the Kia’s owner, said it could be another two weeks before the vehicle is returned to Fort Kent.

“The insurance company has to send a field adjuster out to make sure my car is not totaled then they will find someone to tow it back up to Maine,” Michaud said. “It is currently safe in a town yard.”

The crime has ties to a Chevrolet Tahoe SUV reported stolen from Portage the same morning the Kia went missing.

The older model Chevy was parked in the backyard of a Portage residence when it was taken.

The Tahoe was found in the back parking lot of the Irving Circle-K gas station in Fort Kent, just a few blocks from Audibert Street. It was close to running out of gas, and was bearing license plates stolen from yet another Fort Kent vehicle.

The owner of the Chevy Tahoe recovered the SUV the day it was taken.

Anyone with information about these crimes should contact the Fort Kent Police Department at 1-207-834-5678.

An upper-level low will drop down from the north-northwest today and remain across the region Thursday and Friday with intermittent showers, periods of rain, plenty of clouds, and daytime highs about 10 degrees cooler than normal (about 60 degrees) for this time of year.
Our Sponsors END_OF_DOCUMENT_TOKEN_TO_BE_REPLACED