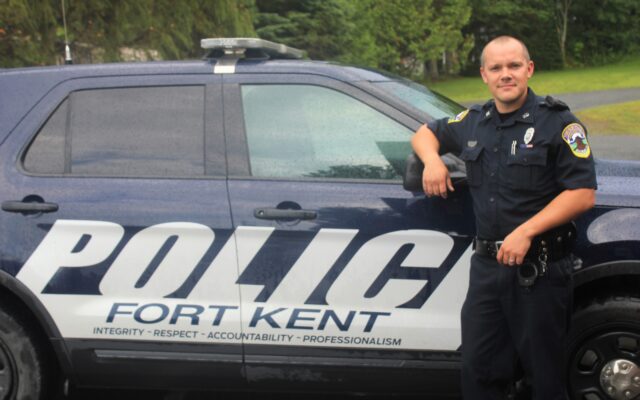 Jessica Potila, SJVT / FhF Staff Writer • September 24, 2021
Fort Kent Police Department is near full staff for officers with new hires and the advancement of one officer from part-time to full-time duty.

FORT KENT, Maine — Fort Kent Police Department is near full staff for officers with new hires and the advancement of one officer from part-time to full-time duty.

As with many police departments throughout the state and country, FKPD has struggled to attract and retain officers in recent years.

“It’s a great feeling knowing that we are close to being fully staffed and the ability to protect and provide better coverage to the community,” Town Manager Suzie Paradis said. 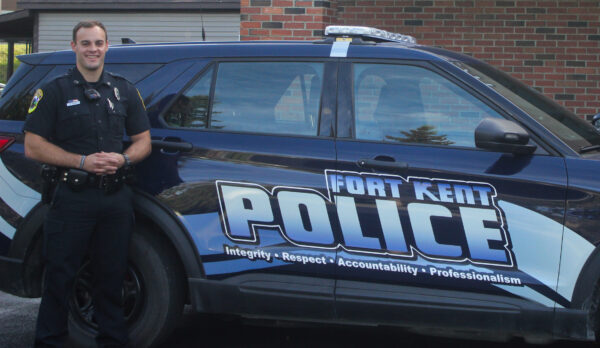 Garrett Albert was hired full-time in the role of sergeant.

Albert, 28, most recently served as sergeant with Madawaska Police Department. Prior to that he worked as a police officer in Brunswick.

He grew up in Fort Kent in a law enforcement family. His father, Dave Albert is a Customs and Border Protection port director in the town.

“A lot of times you deal with stuff you don’t want to deal with but occasionally you can actually help someone and that makes it worth it,” Sgt. Albert said of police work.

Sgt. Albert has a record of such helpful public service as a law enforcement officer.

In 2018 he was honored by the town of Madawaska for his on-duty efforts to save the life of a person experiencing a medical emergency.

Two years later, Albert received recognition for assisting a man who travels by wheelchair to make his way home.

Albert said his decision to move to FKPD was influenced by wanting to return to his hometown and also by the improved pay and benefit incentives the town is offering to law enforcement officers.

“It’s nice to be back and service the community I’ve pretty much lived in my whole life,” he said.

In July, the Fraternal Order of Police and the town of Fort Kent unanimously ratified a contract to significantly increase wages and other benefits for police officers.

The contract includes a $4 wage increase throughout the next four years, more personal days and medical insurance coverage and an enhanced retirement package.

It also includes retention bonuses of up to $5,000 annually based on years of service with the department.

Paradis, 32, is new to law enforcement and is currently undertaking the The Law Enforcement Pre-Service Training Program through the Maine Criminal Justice Academy.

He is a former truck driver who serves as a volunteer firefighter with Fort Kent Fire Department.

“I have a 22-month-old son growing up in the community so I want to do anything I can to make and keep Fort Kent a safe place to live,” Paradis said. 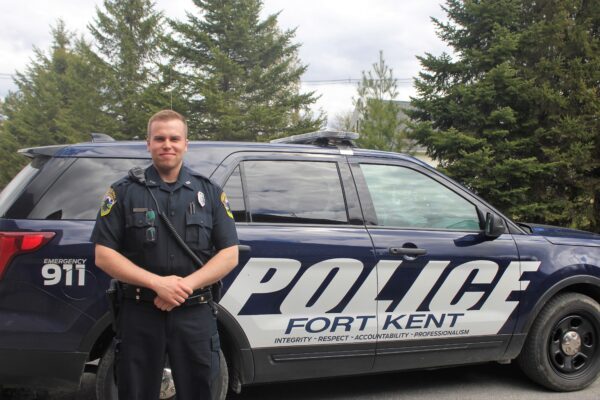 Bellefleur also cited increased pay and benefits by the town as one of his decisions for taking on a full-time role at FKPD.

He has been working full-time hours during the officer shortage anyway, he said.

Full-time Officer Cole Pelletier, who has been serving as interim police chief since Chief Tom Pelletier retired in August, has been promoted to sergeant.

“Cole Pelletier is well deserving and has been a dedicated employee to the town of Fort Kent in the last few years during the COVID pandemic and during the shortage of officers in the department,” Paradis said.

The department is still looking to hire one more full-time police officer.

Maine’s longest serving legislator, Martin was first elected to the Maine House of Representatives in 1964 when he was 23.
Our Sponsors END_OF_DOCUMENT_TOKEN_TO_BE_REPLACED