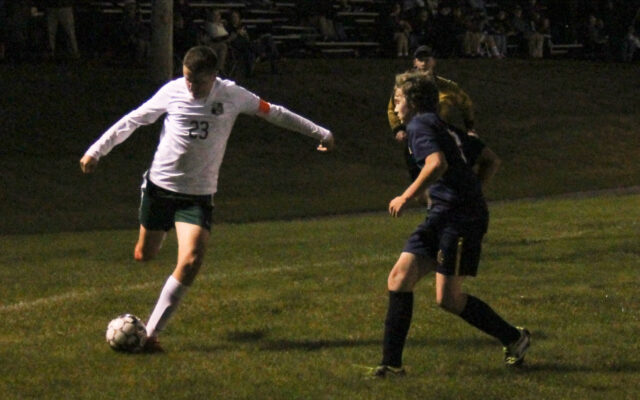 Both teams are relatively young, with only a handful of seniors, but are having very different years. The Crusaders are now 1-4-1 while the Pioneers are 6-1.

Wisdom’s Carter Pelletier led the scoring, and lit up the defense with five of the Pioneers’ seven goals. Pelletier’s ball-handling was on display more than once, carrying the ball in alone from the left wing and dodging the defense to take a shot on open net.

With superior dribbling and passing, Wisdom was able to maintain long possessions in the Crusaders’ defensive territory. The two other Pioneer goals came from Jordan Clavette in the first half and freshman Camden Pelletier with two minutes left on the clock in the second.

“That was probably the best we’ve executed offensively so far, as far as making the correct extra pass and shooting when the shot was there and just purely finishing,” head coach Dominique Rossignol said. “We’ve had games where we’ve had as many opportunities, as good of opportunities but not one yet where we finished as many of them.”

Despite Wisdom’s dominance, Van Buren shut down their charges after a rocky defensive start. Five of Wisdom’s goals came in just the first 30 minutes of the game.

Van Buren goalkeeper Koby Searles put in one of the best performances of the night. With ten minutes left in the first half, Searles made a masterful save — soaring up to the top of the frame to tip a well-placed shot from Wisdom’s offensive line up and over the net.

After the halftime break, Van Buren rallied and played a much stronger overall game, holding Wisdom to two additional goals and avoiding the shutout.

Searles became a more aggressive player to anchor the team. Midway through the second half, he came out to meet a charging Pelletier, laying out in front of the striker’s path and forcing Pelletier to leap several feet in the air to avoid a collision.

The Van Buren fullbacks, particularly Eric Laplante and Noah Martin, also came back to put in strong second half performances.

Despite some strong solo efforts, the team had difficulty evading Wisdom’s defenders. Van Buren’s Henry Hebert scored the team’s only goal with an assist from Addion Davis.

Lapierre is taking heart that his team is young and has potential. Van Buren has shown flashes of brilliance this year: tying a dominant Madawaska team early in the season and defeating Hodgdon, another winning team in the division.

“They’re just trying to find themselves right now and it’s taking a little bit longer than what we thought,” Lapierre said. 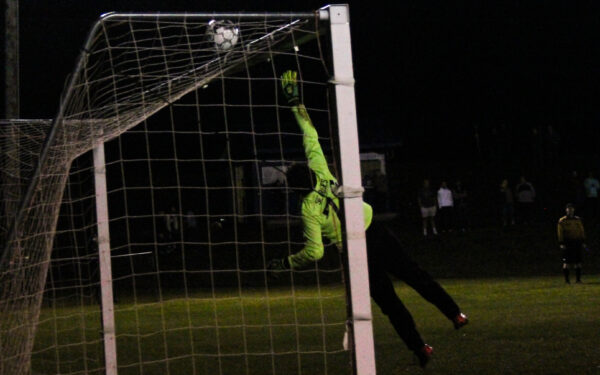 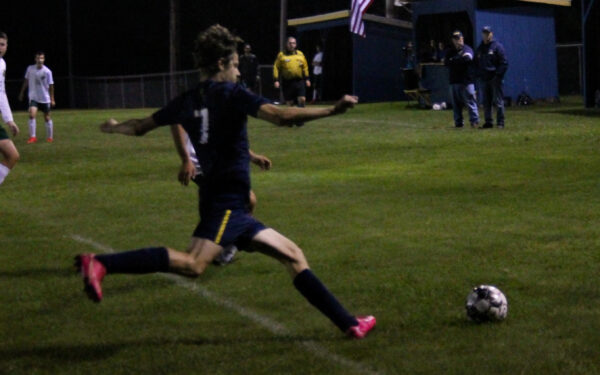 An upper-level low that has been bringing clouds and showers to the region will move east into the Maritimes today and tonight. High pressure will build in tonight into Thursday morning followed by a warm front Thursday night.
Our Sponsors END_OF_DOCUMENT_TOKEN_TO_BE_REPLACED