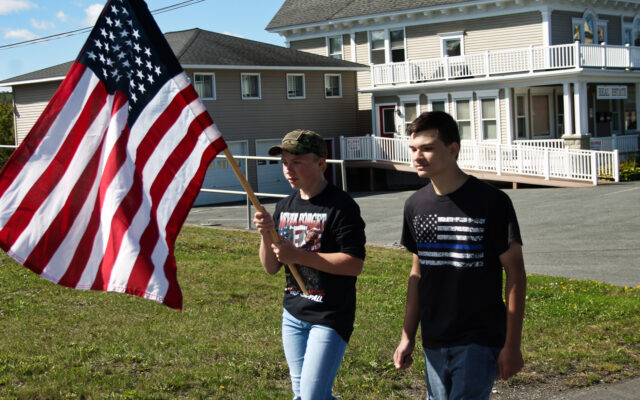 Caribou honors 9/11 sacrifices and remembers how the world changed

Hannah Catlin • September 12, 2021
For the 20th year, the Caribou Fire Department and other local first responders and community members gathered outside the fire station Saturday to honor the lives lost and sacrifices made during the 9/11 terrorist attacks in 2001.

CARIBOU, Maine — For the 20th year, the Caribou Fire Department and other local first responders and community members gathered outside the fire station Saturday to honor the lives lost and sacrifices made during the 9/11 terrorist attacks in 2001.

“When you watched the TV [coverage], you never saw any of them question what they were doing,” Susi said. “They all went back to do what they had to do.”

There were 412 first responders, including 343 members of the New York City Fire Department, who died on 9/11.

Since then, Susi said that even in far-flung and rural fire departments, the job has changed significantly. National Incident Management System training became a requirement for all firefighters, for example. 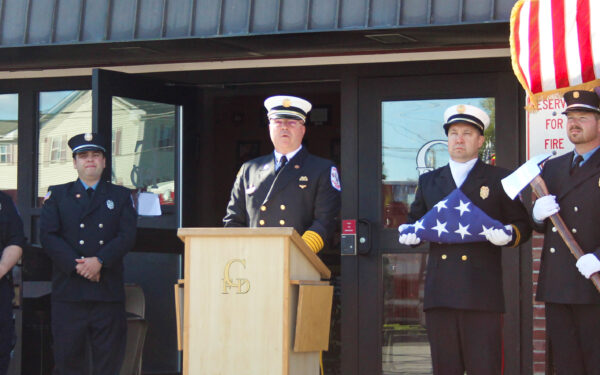 Caribou Fire Chief Scott Susi addresses the crowd at a 20th anniversary memorial for the people who lost their lives in the 9/11 terrorist attacks. (Hannah Catlin | St. John Valley Times)

But beyond major security changes, Susi said the personal impact and family tragedy of the event was equally influential for first responders.

In the early 2000s, Susi was a first assistant at Cary Medical Center and worked in a hospital reserve unit. He was put on standby to travel to New York and set up an emergency hospital on Sept. 11, 2001, but his unit was never called because so many of the people injured in the attacks had already died.

Representatives from Caribou’s American Legion Post and the VFW said that upon reflection, one of the most powerful outcomes of 9/11 for them was the sense of togetherness that emerged out of the tragedy. Chaplain Bill Thomas compared the reaction to the fallout of the 1963 assassination of President John F. Kennedy.

“It made us open our eyes to realize: don’t take anything for granted,” Caribou VFW Commander Roger Felix said. “Freedom is never free. It has to be fought for. It has to be preserved.” 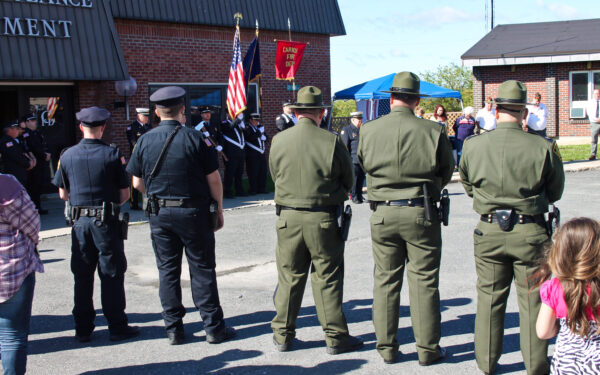 Local and state law enforcement standing for a moment of silence at Caribou Fire Department’s 20th anniversary memorial for those who died in the 9/11 terrorist attacks. (Hannah Catlin | St. John Valley Times)

At Saturday’s ceremony, Caribou’s ladder truck flew an American flag and a 9/11 commemorative flag over Main Street, and the department parked its other trucks in the front lot of the fire station. The Fort Fairfield Fire Department brought a truck as well. Representatives from U.S. Sen. Susan Collins’ and U.S. Rep. Jared Golden’s offices spoke about the impact of the attacks.

Meanwhile, 13-year-old Gage Theriault and 17-year-old Nathan Morneault spent most of the morning walking up and down High Street with an American flag. Neither were alive when the planes hit the Twin Towers and the Pentagon 20 years ago, but they said they knew the event shaped the world they live in.

“We just want to walk and honor everybody that passed away and died and all the people that fought to try and save a lot of people,” Theriault said. 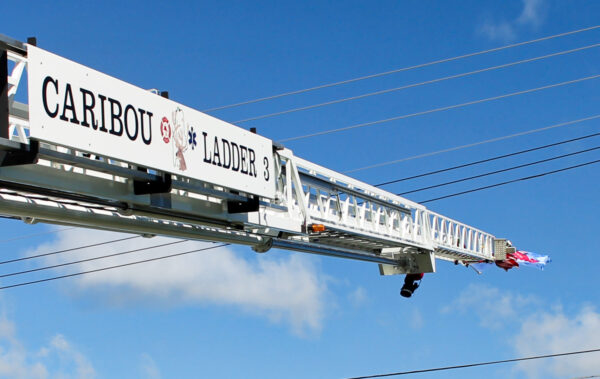 Caribou Fire Department flew a U.S. flag and a 9/11 memorial flag on its ladder truck over High St. on the 20th anniversary of the terrorist attacks. (Hannah Catlin | St. John Valley Times)

High pressure will drift east today as a low pressure area and associated fronts moves towards the Valley from the west.
Our Sponsors END_OF_DOCUMENT_TOKEN_TO_BE_REPLACED