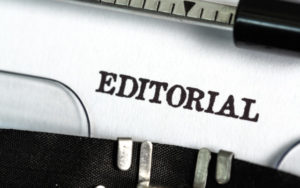 Improving labor laws for all

Bruce Ayotte, Special to the Fiddlehead Focus • September 9, 2021
​​As a lineman and proud member of IBEW 1837, I love my union. With a union, we are so much stronger together. In non-union workplaces bosses can pit workers against each other over wages and working conditions.

​​As a lineman and proud member of IBEW 1837, I love my union. With a union, we are so much stronger together. In non-union workplaces bosses can pit workers against each other over wages and working conditions.

Being part of a union, you know you’re going to be paid the same amount as others doing the same work with the same level of seniority because it’s written in a union contract. We’re all on equal footing, and that’s one reason why we have so much camaraderie as union brothers on our line crew. They really are like a family to me.

With Labor Day coming up, it’s important to remember the sacrifices working people made for so many benefits that we now take for granted. Nothing was ever handed to us — workers had to organize, fight and even die for fair wages, safe working conditions and time to spend with their families. When unions were strong everyone did better because their collective power helped raise the bar for all workers. That’s why when one in three Americans belonged to a union back in the 1950s, more working-class people could live comfortably on a single income.

Between 1948 and 1973, when laws like the National Labor Relations Act expanded and enforced collective bargaining, hourly wages rose by more than 90 percent. However, from 1973 to 2013, as union membership declined, hourly wages rose by just over 9 percent while productivity increased 74 percent. It’s clear that workers are no longer getting paid their fair share for their labor. The most effective way to reverse this trend is to band together and collectively bargain for it, but it shouldn’t be this hard to form a union.

Anti-union laws and bad legal decisions have tilted labor laws in favor of employers. This allows companies to interfere, disrupt and undermine workers who are simply trying to exercise basic labor rights. Through hard work and determination, hundreds of Maine workers — including nurses, museum workers and others — have recently formed unions to win better wages, job security, safer workplaces, better benefits and a seat at the table in management decisions that affect them despite anti-union campaigns waged against them. But in many cases workers aren’t able to get union recognition or even a first contract because the laws are stacked against them.

Currently, Congress is considering the Protecting the Right to Organize Act (PRO Act), which would empower millions of working people to exercise their freedom to organize and bargain. It would ensure employers bargain in good faith during first contract negotiations, prohibit companies from punishing striking workers by hiring permanent replacements, penalize employers that break labor laws and repeal so-called “right to work laws” that are designed to undermine and weaken the collective voices of workers.

I thank Senator Angus King and Congressman Golden for co-sponsoring this important legislation, but unfortunately Senator Susan Collins is opposed, so I hope she will reconsider her position. It’s time to reform our outdated labor laws and allow more workers to enjoy the same rights and protections we union members have.

Bruce Ayotte of Presque Isle is a line worker who serves as chief steward and executive board member for IBEW 1837.

A cold front moves through today with scattered showers that will taper off this evening as high pressure builds into the region with partly cloudy skies.
Crown Politics END_OF_DOCUMENT_TOKEN_TO_BE_REPLACED

All five candidates running for two seats on the Fort Kent Town Council gathered at a live question and answer forum.
Our Sponsors END_OF_DOCUMENT_TOKEN_TO_BE_REPLACED