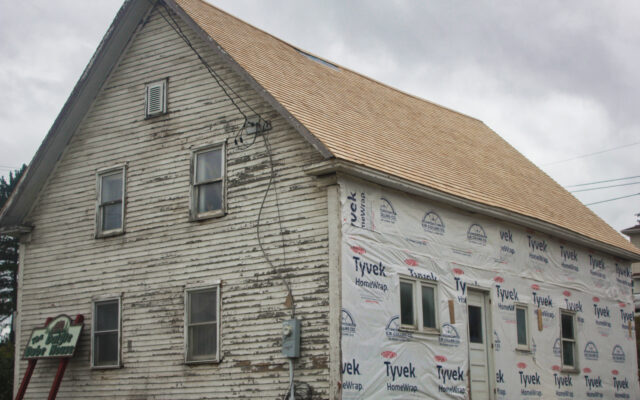 Jessica Potila, SJVT / FhF Staff Writer • September 7, 2021
Just as Fort Kent Historical Society was working to restore one of the town’s oldest standing structures, vandals showed up over the weekend and damaged the building.

FORT KENT, Maine — Just as Fort Kent Historical Society was working to restore one of the town’s oldest standing structures, vandals showed up over the weekend and damaged the building.

The Daigle Dube House, built around 1840, is listed in the National Register of Historic Places.

“Last evening someone decided to smash and ruin one of the vintage doors on the rear of the Dube House with a huge rock, adding to our already tedious rehab job and list of expenses,” Historical Society Vice President Kris Malmborg wrote in a Sept. 5 social media post.

One of the rocks used to mark a well in the backyard was found inside the house, just beyond the broken door, according to Curator Chad Pelletier.

The Daigle Dube House is located on Dube Street, which intersects with Station Hill Road in downtown Fort Kent.

“The house is right in town with a lot of eyes watching, probably especially now,” Pelletier said. “It bothers me that it happened.”

The home has always been in the same family, beginning with Anastasie (Cyr) Daigle and her first husband, Jean-Baptiste Daigle.

Anastasie later married Adolph Dube. The couple’s great granddaughter, Therese Dube, was born in the home and lived there until her death in 2007.

After Therese died, her brother, Lionel Dube, and his wife, Elana Dube, donated the home to the historical society.

Renovations to the home are being funded by the Maine Acadian Heritage Council, along with grants from The Davis Family Foundation and the Maine Community Foundation Grant.

The project includes restoring the foundation, siding and cedar shingles to the roof of the home.

The historical society, which maintains four other buildings, operates on a shoestring budget that is largely comprised of community donations, Pelletier said.

As a result of the vandalism, the historical society will divert some of their limited funding to obtain an advanced security system to protect the home, Pelletier said.

“There are a lot of people invested in this project and it’s not just the money, it’s trying to bring something nice to our community,” Pelletier said. “There’s always that bad apple, but hey, it won’t spoil us, I guess.” 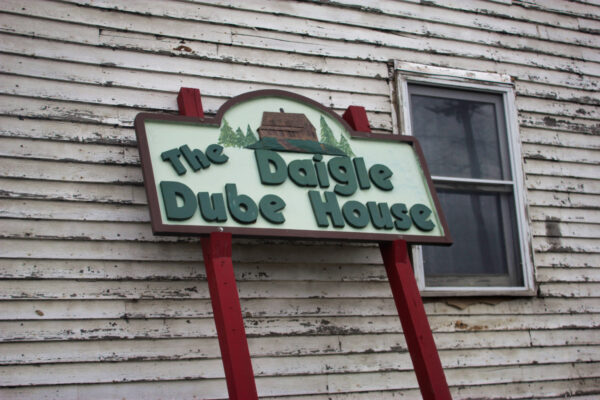 Partly sunny to mostly cloudy skies are expected over the Valley today as an upper trough to the northwest and moisture from Ida's remnant low over the mid-Atlantic get drawn over the region.
Our Sponsors END_OF_DOCUMENT_TOKEN_TO_BE_REPLACED