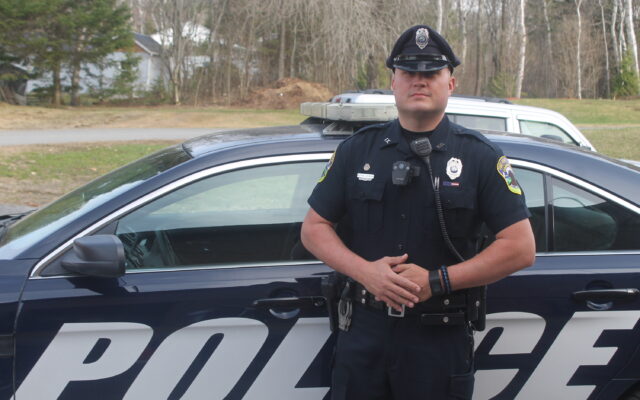 FORT KENT, Maine — A former Fort Kent police officer will return to serve the town as chief of police.

“I will do my best in continuing to make sure the citizens of Fort Kent feel safe in the community they live, guiding the officers under my tenure,” DeLena said.

DeLena has 12 years of law enforcement experience, and earned an associate’s degree in criminal justice and a bachelor’s degree in public safety administration from University of Maine at Fort Kent.

He worked as a reserve officer for the department beginning in 2009, and was hired as a full-time officer in 2014.

DeLena left FKPD in 2019 to take a job with Aroostook County Sheriff’s Department, where he was promoted to patrol sergeant.

“I am pleased to welcome Mike back to the Fort Kent Police Department as our chief and I believe he will be a great role model,” Town Manager Suzie Paradis said. “He will be an asset to the department as he is familiar with the area, the businesses and the people.”

Chief Pelletier was hired shortly after DeLena in 2014.

“I thought of Chief as a mentor and he allowed me the growth I needed under his tenure to develop as a police officer,” DeLena said.

“Mike will do a great job there,” Pelletier said. “He’s very community-oriented. He’s very lucky to be going into this position for a great community like Fort Kent because they were very good to me and I’m sure they will continue to be the great community they have the reputation for.”

DeLena will officially assume the position of chief of police on Oct. 18.

Officer Cole Pelletier has been filling in as acting chief during the interim period.

When he is not protecting and serving the people of Aroostook County, Michael DeLena enjoys golfing, cooking, outdoor activities and spending time with family and friends.

Partly cloudy skies will overspread the Valley today as high pressure builds across the region. Chances for showers increase after midnight tonight as a cold front approaches from the west-northwest.
Our Sponsors END_OF_DOCUMENT_TOKEN_TO_BE_REPLACED